In the meantime, we have left East Africa, drove through Zambia and have reached Namibia ... time to reflect on and describe the differences between the two large African regions, Northern Africa and East Africa ...

After we had spent several months in Northern Africa, East Africa - beginning with Kenya - was very relaxing right from the border.

As beautiful as we think Northern Africa is and as intensive our encounters with its people in Egypt, Sudan and Ethiopia were, as beautiful and impressive it was to again drive through an isolated and green landscape and being allowed to meet the open, relaxed and cheerful people along the roads.

What a relief! And not every square meter is inhabited!

That Kenya and Tanzania are somewhat different, we instantly realized when we saw so many "mixed" couples and families. Without wanting to accuse the people in Northern Africa as being racists, one can say that the more conservative orientation of the people in these countries rather leads to a situation that culture, religion, but also the colour of a person's skin often lead to segregation instead of supporting contacts.

Impressive for us were the big shopping malls in Kenya which reminded us rather on the US than on Africa. The security guards with their automatic guns searching us for hidden weapons at the entrances and exits did in no way disturb, upset or frighten us. After in Northern Africa - even though we are quite open when it comes to different food - we had really missed especially cheese, sausages and good meat, but also chocolate and good wine, suddenly we were back in a culinary paradise. In spite of the high level of prices we indulged in French and Swiss cheese again ... 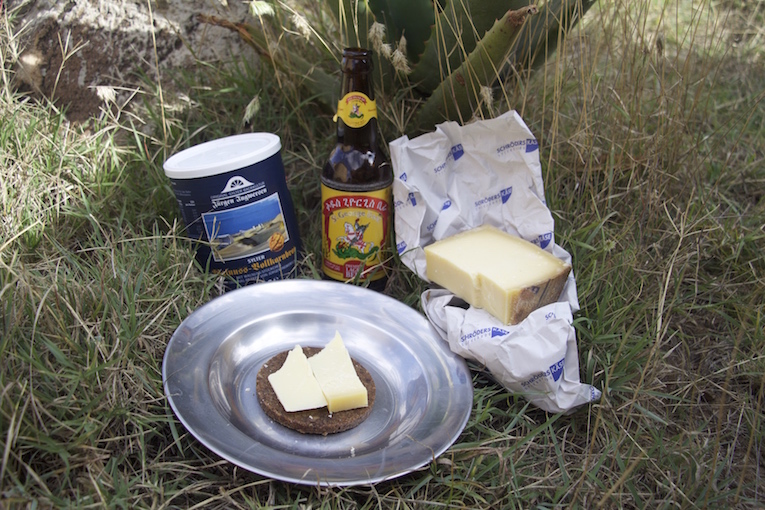 Our only cheese in Ethiopia ... brought from home by Mischa's mother.

But, in Tanzania - apart from the very few exceptions in the (very few) supermarkets in Arusha, Tanga and Dar es Salaam - the supply situation with familiar European groceries was a thing of the past again. And even in the supermarkets in these cities, what was offered was rather poor ... and expensive (i.e. a piece of the cheapest Gouda cheese sometimes was over 10€!)! At the same time, it is possible to get fresh fruit and vegetables at nearly every corner and also basic foodstuffs such as pasta and rice.

In addition to the high level of prices, also the national park fees have really surprised and startled us: if you want to enter the world famous Ngorongoro Crater with your own car and two children (in our case one of the cildren being below five years of age and thus free of charge), you have to pay a solid US$530 to US$580 PER DAY for entry (including entry to the crater itself), the car and camping. Absolutely ridiculous! 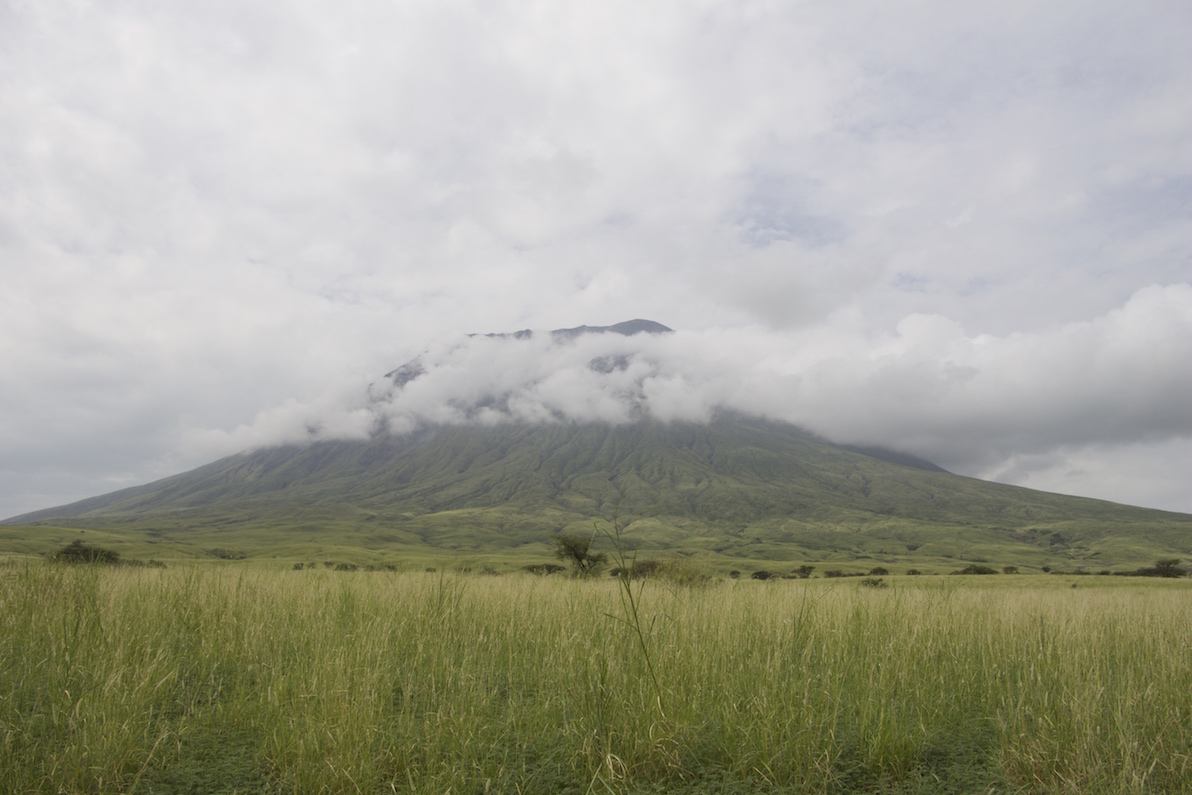 The Ol Doinyo Lengai ... near the Ngorongoro but less crowded and less expensive!

Tourists should try to inform themselves about other national parks and maybe decide on visiting these smaller and less touristy parks such as the Ruaha National Park, where you maybe see less animals at the same time, but don't have to share your experiences with a dozen of other safari vehicles full of other tourists taking photos of the same pack of lions at the waterhole. In East Africa tourism seems to be concentrating nearly completely on the high-priced segment of Safari-tourism and thereby completely neglecting the individual tourists. But exactly in the individual segment of tourim intercultural encounters and connected with that cultural exchange and understanding are more "normal" than in the rather "posh" segment, where you nearly rarely have an eye-level communication between guest and employee. A rather high percentage of the money spent for these holidays will end up in the hands of the owners of big international hotel and safari businesses. Individual tourists on the contrary buy most of what they need at the smaller markets, in small shops and thus spend their money where it should go to and where it is needed: with the "ordinary people" ... 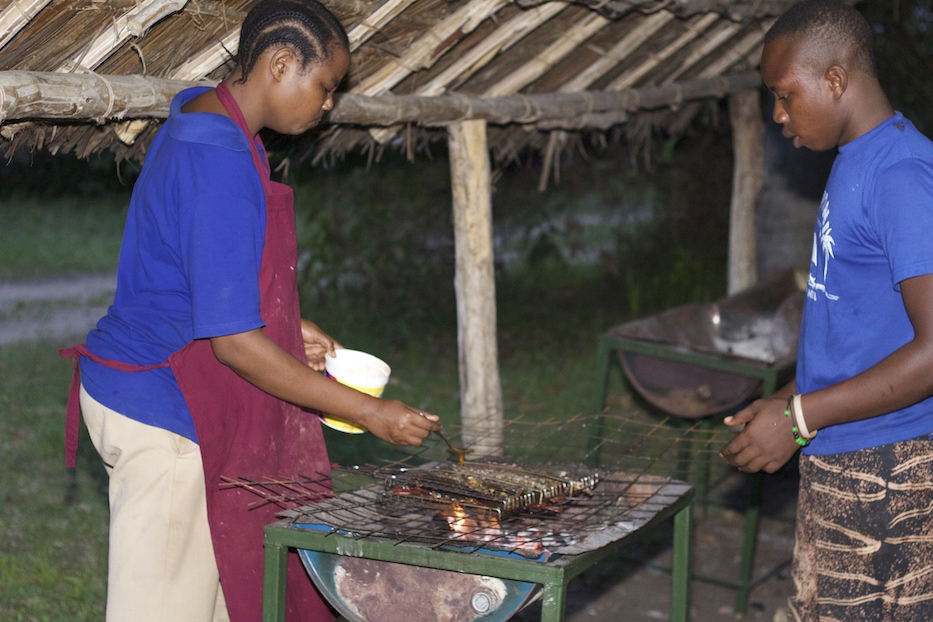 Encounters ... How to make Swahili Crayfish 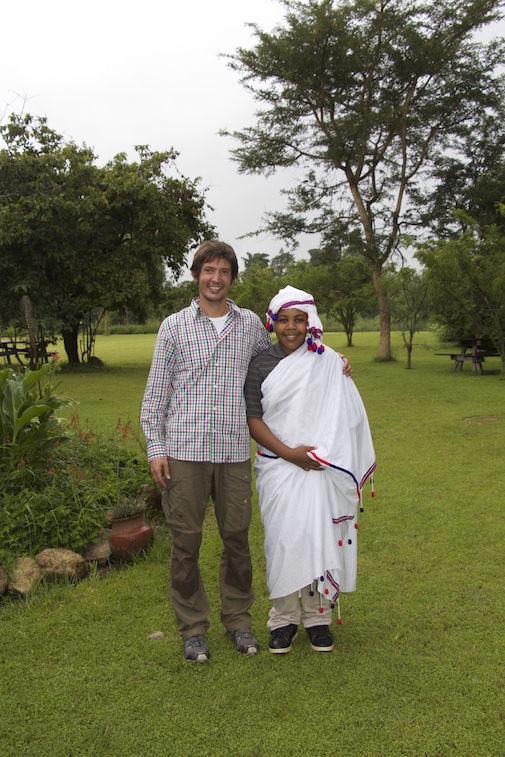 Encounters ... Meeting Adam Mkwawa, the Chief of the Hehe.

But especially because of this difference, individual tourists will quite often get preferred treatment by the "locals" and there are uncountable chances of intensive personal encounters. There are always at least two sides to each story!

One aspect everybody warned us against before traveling to Africa and especially to East Africa was the supposed corruption of policemen and military in Kenya and Tanzania. But - was it luck? - we didn't experience even one awkward encounter with members of these groups of persons. On the contrary, we were always treated corteously and friendly, sometimes even amicably. In Tanzania this might be because John Magufuli, the new president, has taken the cause of fighting the corruption in his country and the wealth grab of certain groups of persons connected with that.. 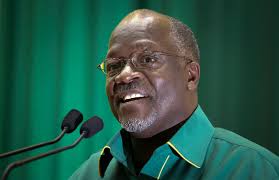 John Magufuli, President of The Republic of Tanzania (source: www.bloomberg.com).

But he has made several other right decisions: He has, for example, reduced the costs for the celebration of the country's independence from a planned US$ 100,000 to only US$ 7,000. Politicians cannot travel abroad with a large entourage at government expense anymore, but have to use economy tickets and all international travel of civil servants has to be authorized personally by the president himself. Those who do not follow this doctrine are fired! Due to this policy, slowly but steadily the government coffers are filling and the money can be invested in hospitals, schools and in an improvement of the infrastructure. Every Saturday all civil servants have to collect garbage on the streets and in the countryside to make their mother country more beautiful. ... Corruption or personal enrichment of civil servants also lead to a prompt dismissal. Everywhere in Tanzania we have met people who felt encouraged by their president and there is a great spirit of optimism. The new president's popularity especially with the ordinary people is immense! In some way the policy of the new president has a rather unifying effect on Tanzania's inhabitants. Does this development in Tanzania lead to a respective media coverage in Europe? We don't know but fear that the majority of news are still negative, simply because they sell better.

Looking back on East Africa, we can say that Kenya and Tanzania have impressed us so deeply and were so wonderful to travel in that we can more than imagine coming back and discovering these two countries in more detail at some other point in time.