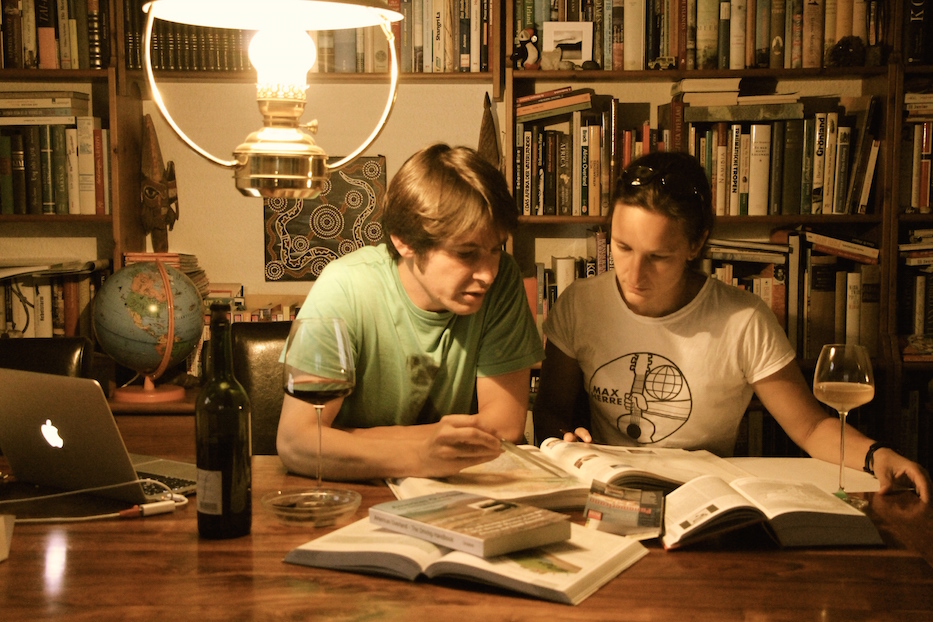 Planning and dreaming of the next overland trip to ... simply is great - and part of the process!

Some words on planning

Some "hardcore overlanders" react a bit strangely when you talk to them about "planning". For us, "planning" is not planning a definite "route", as that route would be subject to on-the-road change anyway, and thus any kind of planning in that aspect would be a waste of time. What we call planning is: finding out about the countries which might be on the way, finding out where and how to get visa, taking a look at medical preparation such as medication and vaccinations, networking with people who already went there, who live there or plan to go there just to share knowledge and maybe meet. Also, all kind of legal "stuff" needed for the trip (i.e. the Carnet) belongs in that category.

We want to be on the safe side, so whenever we are abroad for longer periods or are in countries where communication via internet or telephone is not that reliable due to electricity breakdowns and bad service, we do have a good friend who has the power of attorney to act on our behalf in any kind of situation and field. This person, of course, has to be someone who you really trust (because he might just run away with your money, sell your house et cetera). What we find important in this respect also is that that person has the standing, contacts and knowledge to really help you in any kind of emergency. Family members might not be the best choice as they tend to be too emotional in critical situations. 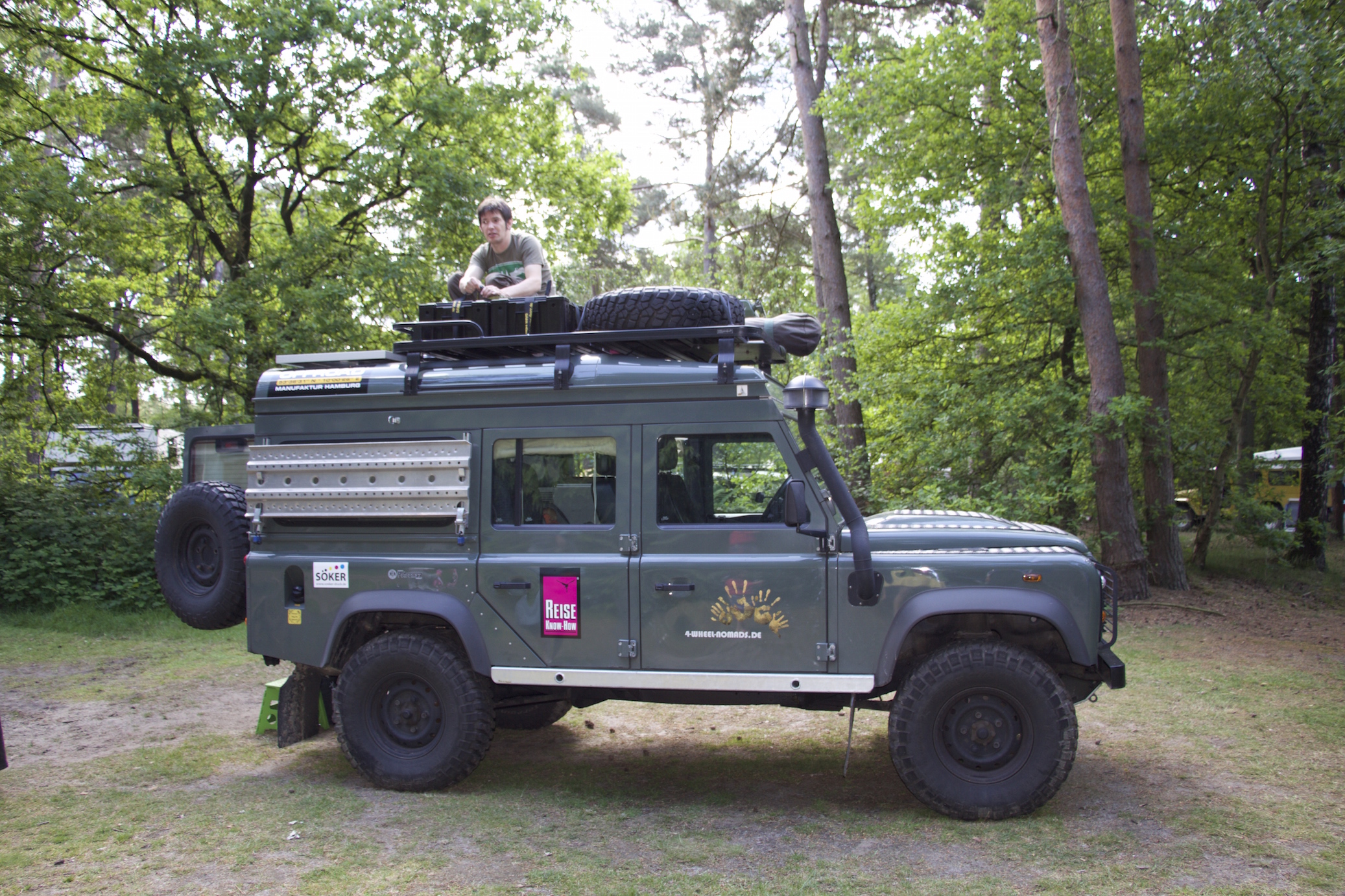 We want to be on the safe side and have our Land Rover officially registered in Germany including a new MOT. Because of that, we can insure the Land Rover in all Asian and African countries with a full insurance cover. We followed a recommendation by an overlander friend, who insured her Landcruiser with Ute Ramming-Spitzer, a really helpful and friendly lady from the south of Germany (you can contact her via womoversicherung@web.de). Insuring the Land Rover in Africa and Asia is not more expensive that "normal" insurance in Germany (at least it was not in our case!). A similar insurance is possible for South America as well). For more information, please contact us.

As we are on a sabbatical leave and officially still working at our school during the time we travel, we are still health insured in Germany (at least for the one-year sabbatical!). Still, this insurance might not work in many non-European countries, so we also fully insured ourselves worldwide via the German ADAC. This might be a bit costly, but as the ADAC has its own clinic jets and doctors, we thought that this might be a good choice because sometimes reactions have to be fast and non-bureaucratic.

The Carnet is the official customs document, i.e. the passport of your car. For some countries, you do not need a Carnet (e.g. for North and South America allthough differently stated here and there), for some you do (i.e. some African countries). Depending on the countries you are planning to visit, you have to pay a deposit of up to 60% of the car's current worth. If you don't want to (or can't) pay that deposit, you can ask your bank to stand surety for you instead of paying a deposit in cash. The Carnet is generally valid for one year and you can prolong it for three months if needed. You can also have an follow-up Carnet which again is valid for another year (for Carnet application, please click here). For the Carnet, you need the engine number, which was really hard to find on our Land Rover Defender. Finally, the Land Rover helpline helped us within only one day. We just had to verify that we own the car and they sent us the number which we then could compare with the numbers we found on the engine block (see lrhilfe@jaguarlandrover.com). 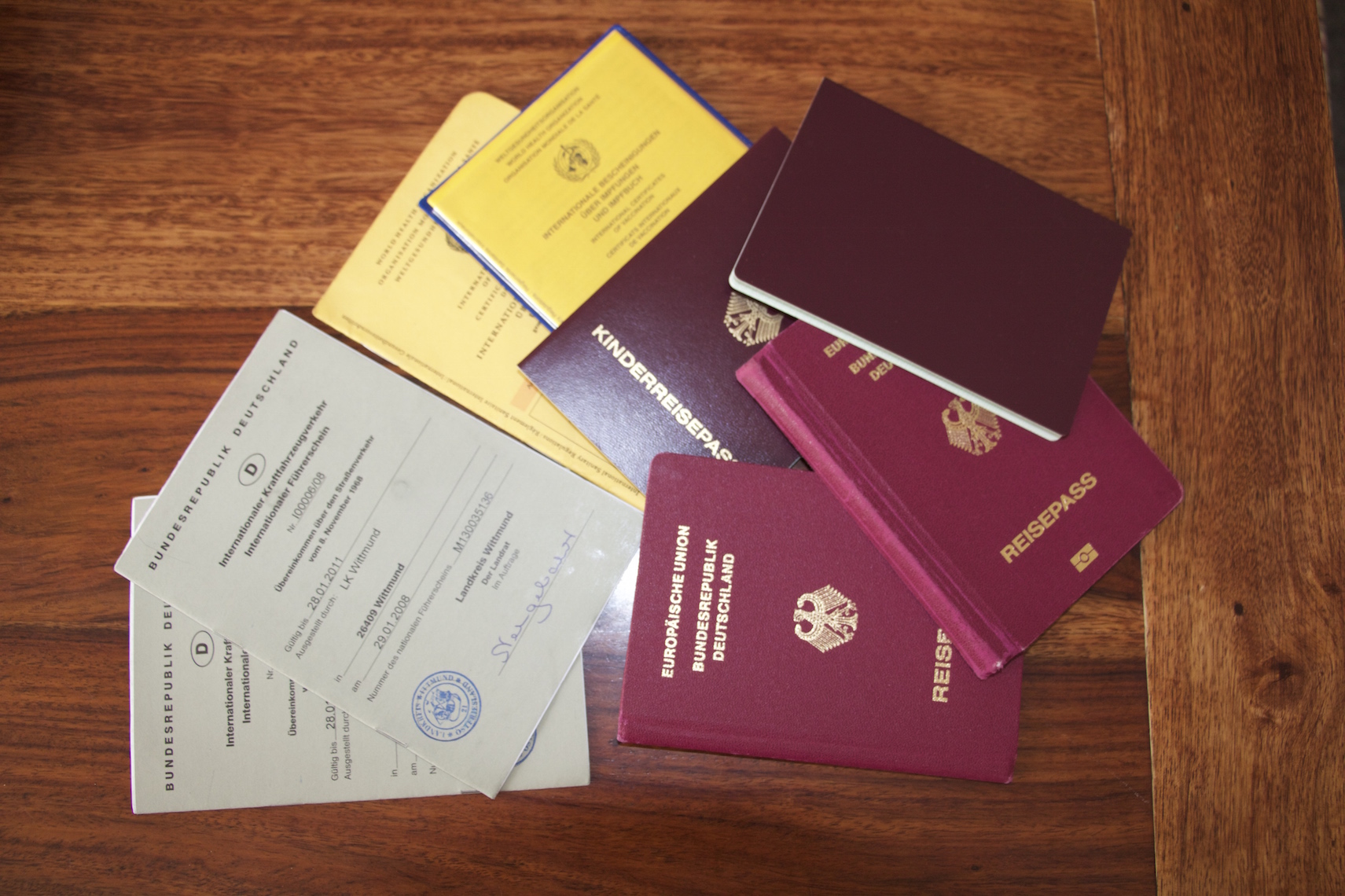 Generally it is possible to get many visa "on the road" by calling at embassies in capital cities or other big cities. For some countries, though, it might only be possible to get visa in your home country. What people then do is they send their passports back home via DHL (e.g. to the person who has the power of attorney) to get the visa and have the passports sent back. This process takes at least two weeks time (if not more in most cases) and will pull money out of your pockets that could better spent on the road. Because they do not want to be in a foreign country without their passport, some people officially have two passports so that they can send one home and still have another one in their hands. Photocopies of the passport before sending it home might also be one possibility. Sometimes it seems convenient to get visa for some countries at home before you leave which then either are still valid when you are entering the respective country overland or have expired but can be renewed in an embassy of that respective country.

For us this means, that we apply for visa to Ethiopia and Iran in advance and try to do the "rest" on the road.

Documents that are / might be important to take on an overland trip:

One thought on “Planning and Paperwork”