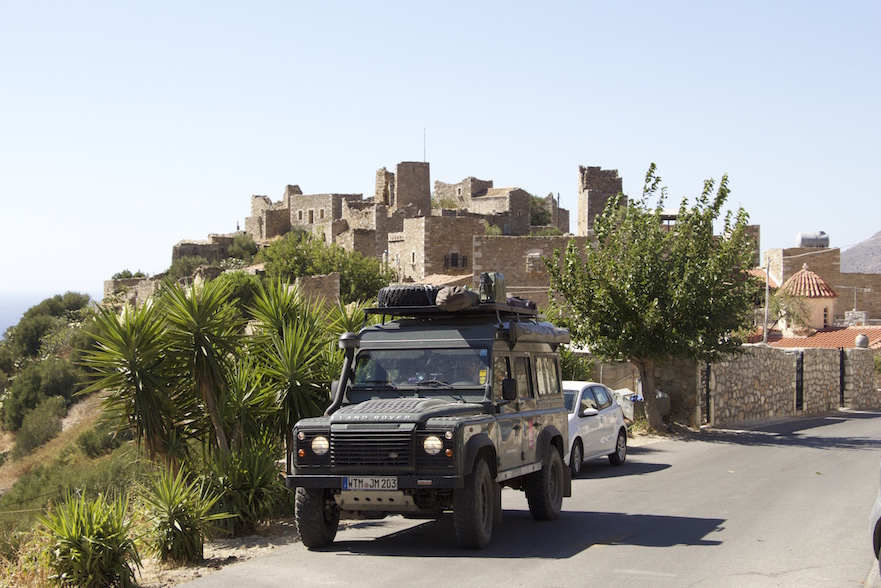 It is great to travel Greece after the season is over ... Campsites are empty and almost everybody is extremely relaxed.

The following photos are from the wonderful "middle finger" of the Peloponnes, which is a really wild and beautiful. Also, this region is said to be very unique because the inhabitants are so very stubborn and able to defend themselves that it is said they were never conquered by neither the Turks, the Italians or the Germans (am thinking of a certain Gaul village inhabited by a tribe just like that 😉 ...). This maybe also is due to the fortified houses they live in. Here, people still - unofficially, of course - carry weapons which is witnessed by the many roadsigns with bullet holes (no photos, unfortunately, as Sóley was really motion-sick during our last few drives) and it has become a natural thing in the morning for us to be woken up by gunshots. 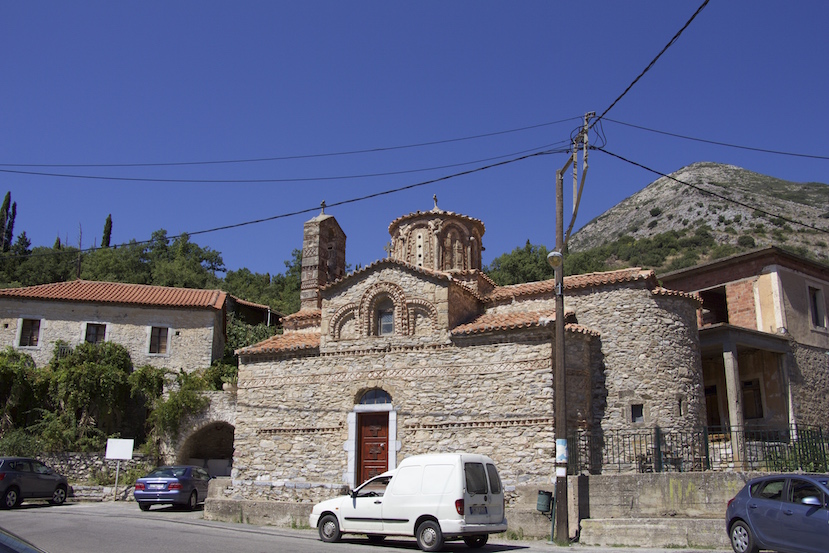 One of many beautiful village churches on the way. 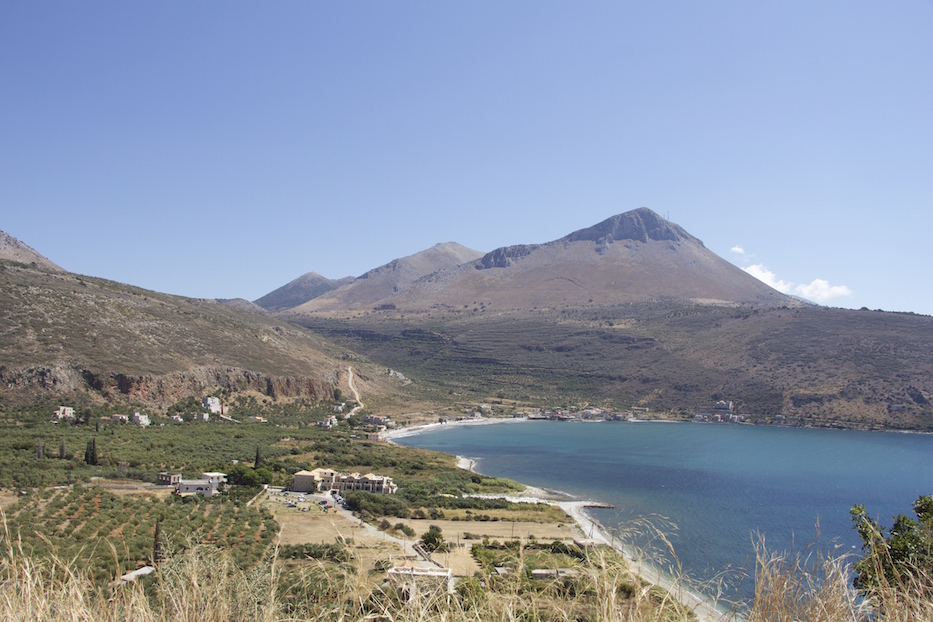 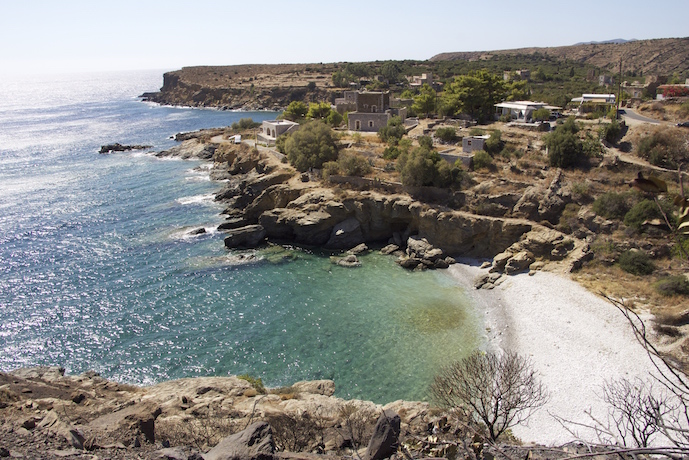 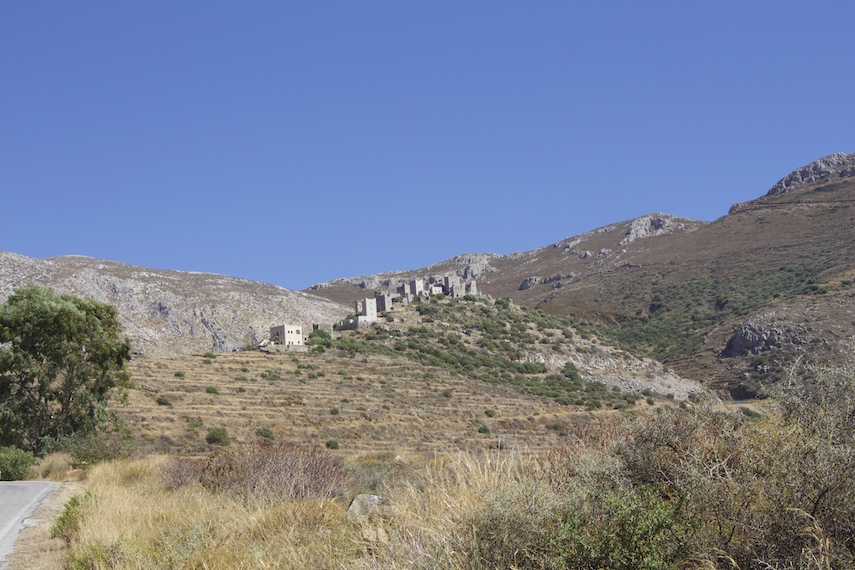 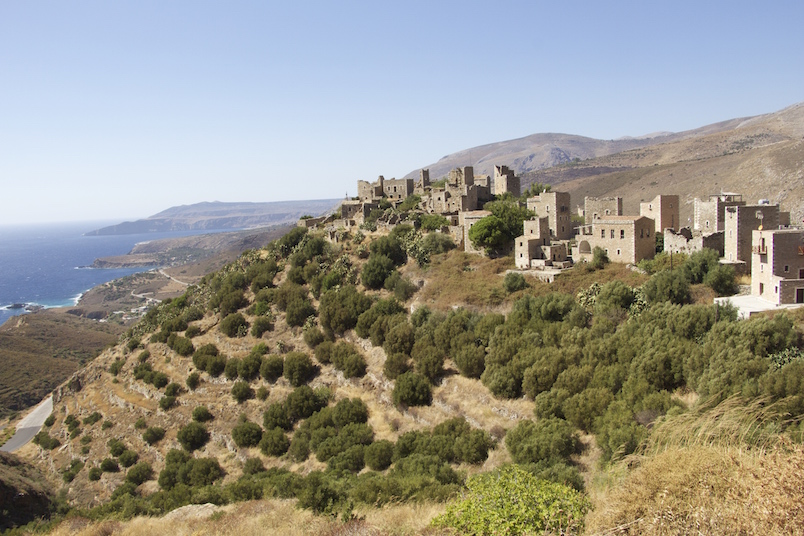 Fortified city Vathia ... we can imagine that it was really difficult for any intruders to conquer this region. 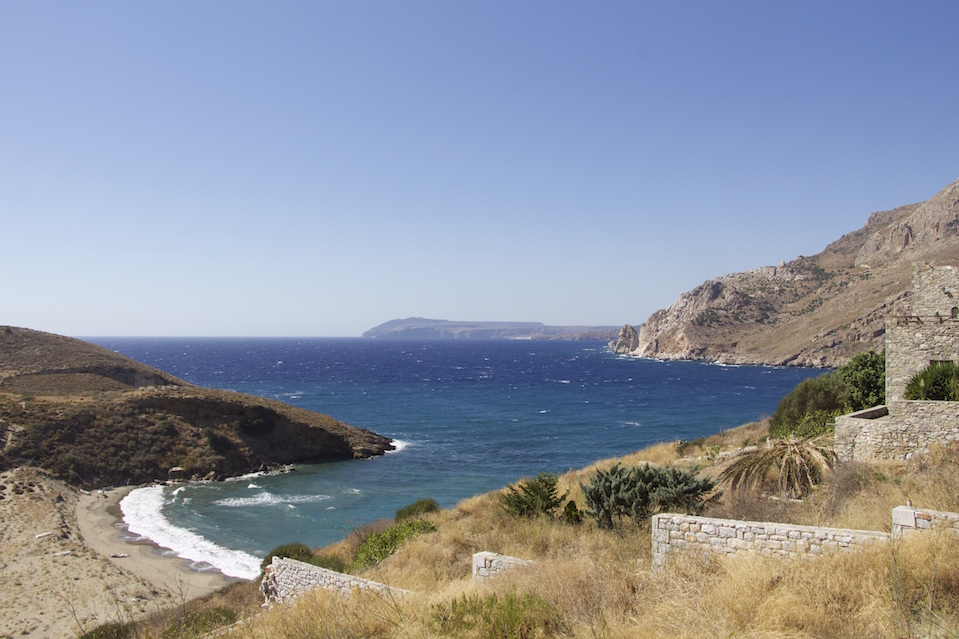 ... and another beautiful and deserted beach! Only the wind gives your body a proper sandblast! 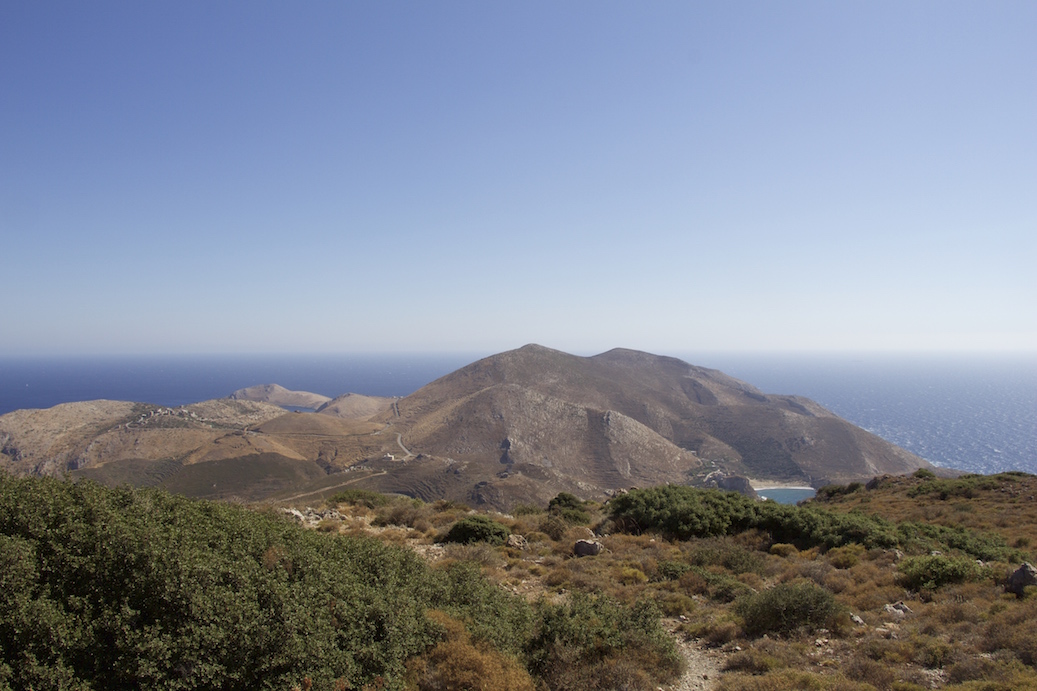 The southern tip of the "middle finger" called Mani 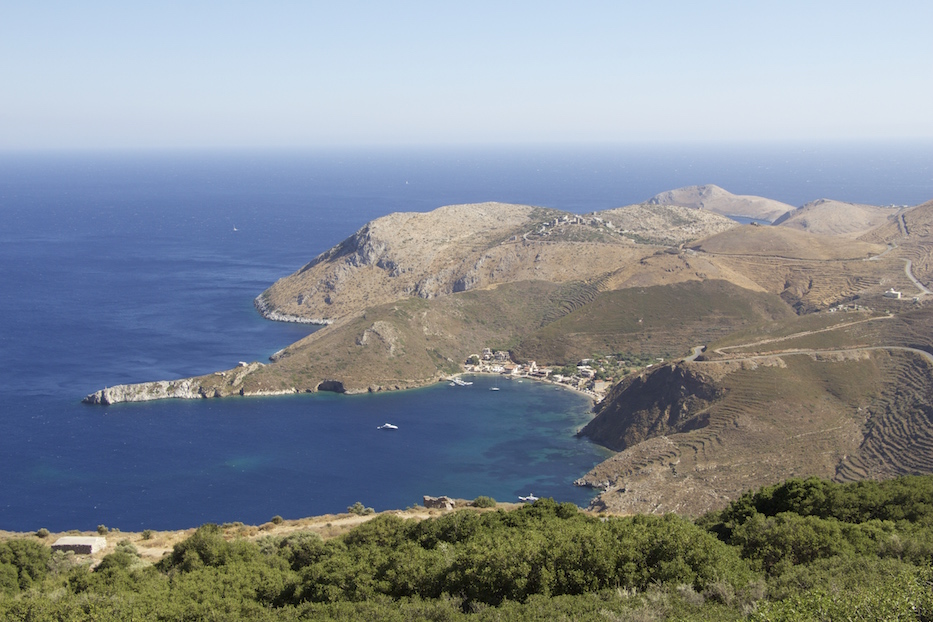 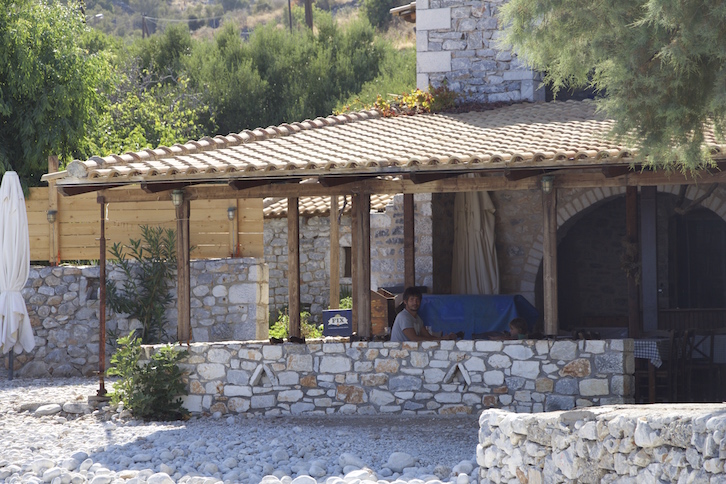 Stopover at a small restaurant. We are the only guests ... 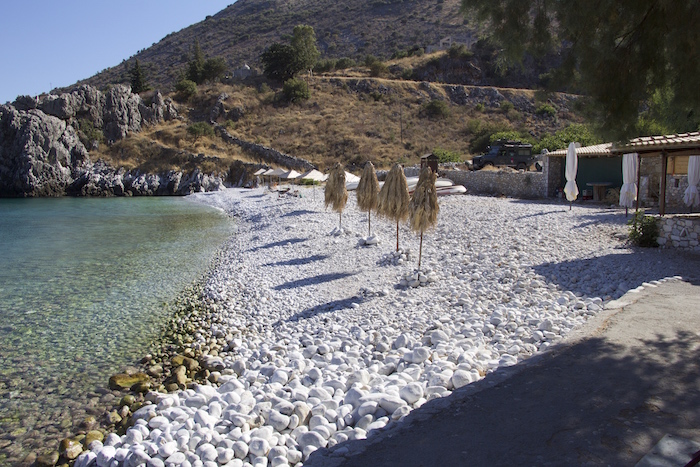 ... like it was taken from a South Sea travel catalogue ... are we still in Europe?? 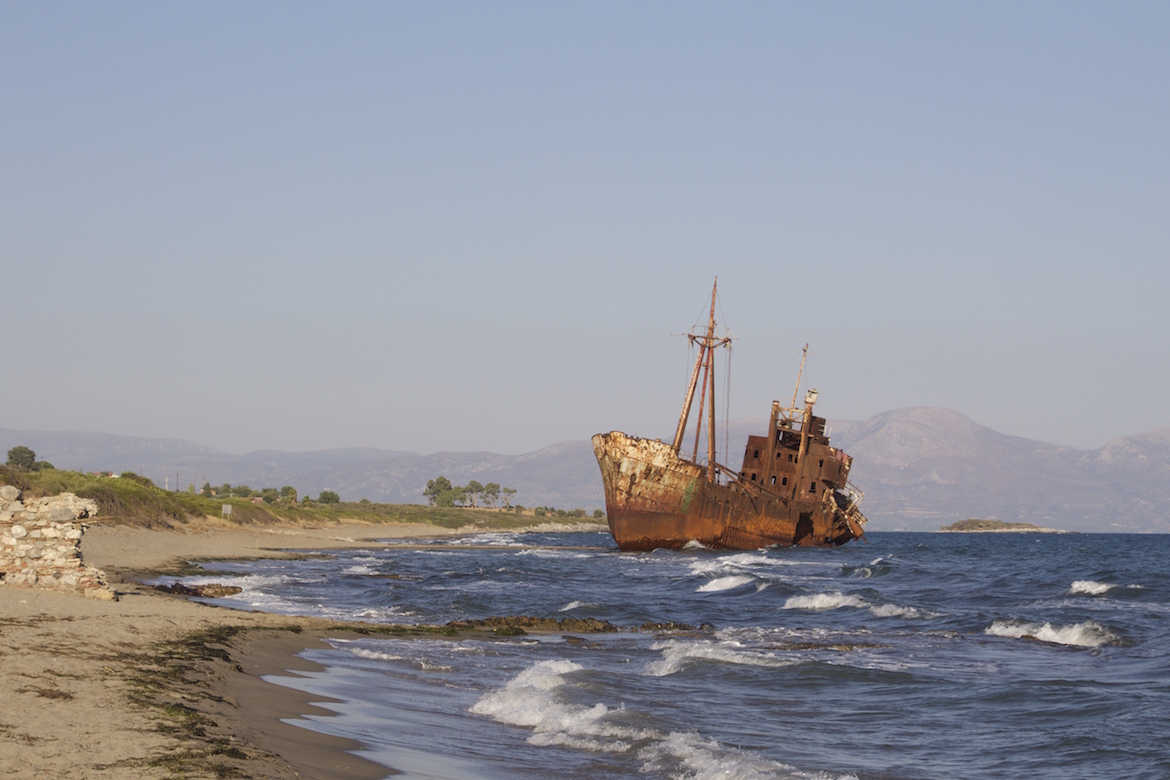 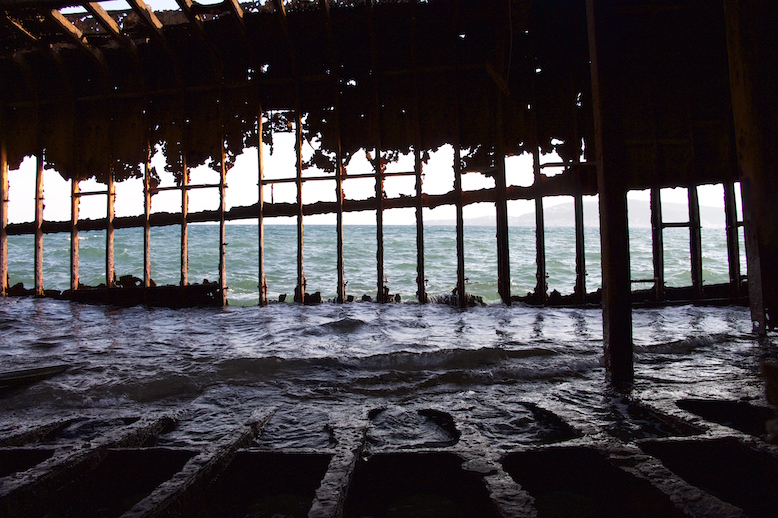 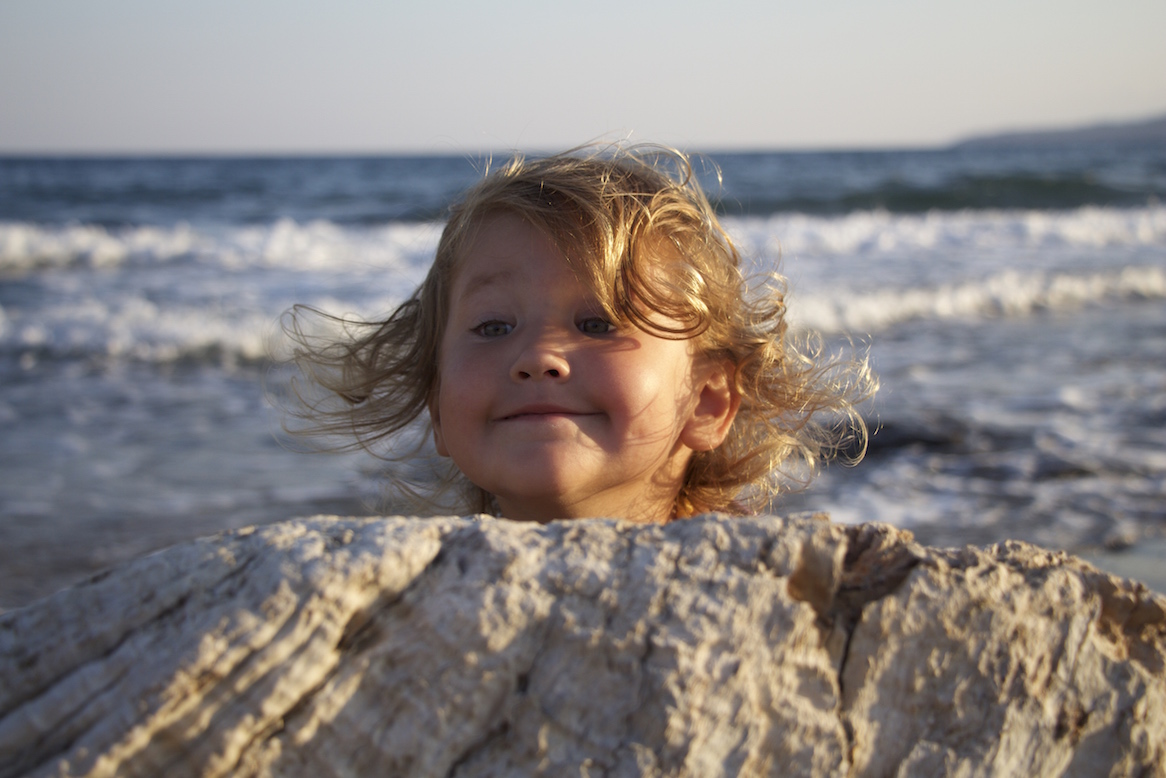 Sóley on the lookout for sea turtles!

During a really gregarious evening at the campsite-bar, we meet Anna, an environmental activist working for an NGO (Archelon) who tells us about her work for the protection of sea turtles.

Our two daughters are really excited about that topic, because they know about our sea turtle experiences from our honeymoon trip to Costa Rica years ago ... The following day, we go with Anna, a volunteer from England who assists her, the owner of the campsite and two other campsite-guests from Austria on an excursion to a nearby turtle beach. The sea turtle species Caretta caretta, one of seven different sea turtle species nests here even though human activity and predators such as foxes and stray dogs are endangering the survival of the Greek part of the sea turtle population. But also unexpected aspects disturb the sea turtles. When they hatch from the eggs, they naturally follow the moonlight that is reflected by the sea. As there are so many beachside restaurants, at night their lights lead the turtles astray and they don't find their way into the water.

It is important not to touch them as their first "walk" down into the surf is the most important one in their lives - they take in everything their senses detect to be able to come back when they are grown ups to build their nests exactly here.

During an "excavation" of a nest where the scientists know that all turtles have hatched, suddenly another five turtles approach from the remains of the nest. We start a race between the five of them and Anouk is totally engrossed in the match when after an immense struggle on her way across the sandy beach her turtle wins, first reaches the sea and swims off into the unknown ... somewhere in the oceans there now is a small turtle growing up bearing the name "Anouk". 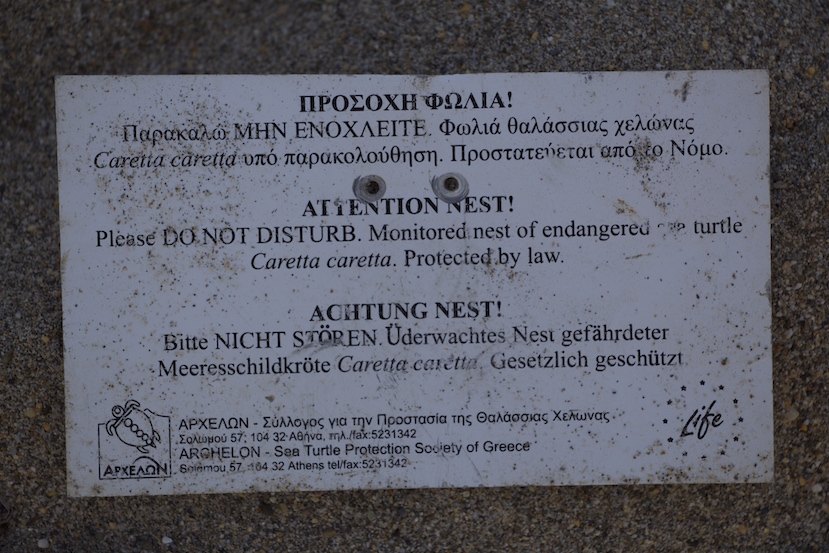 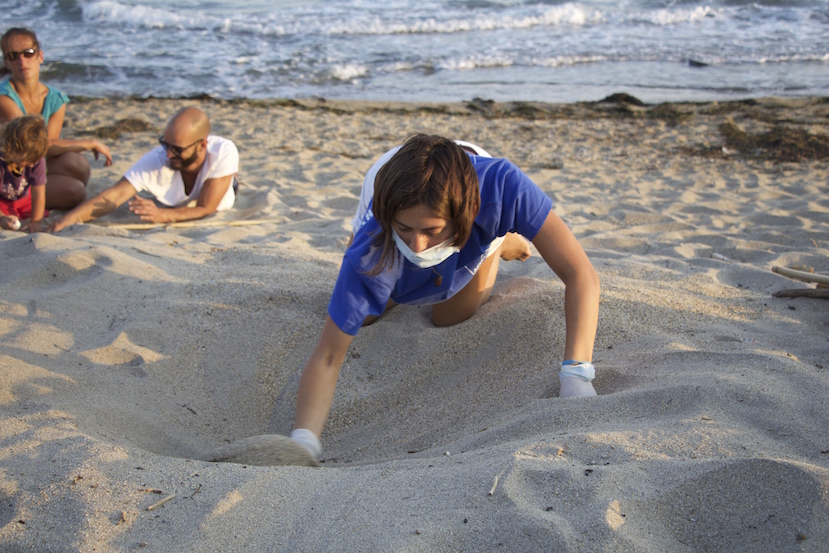 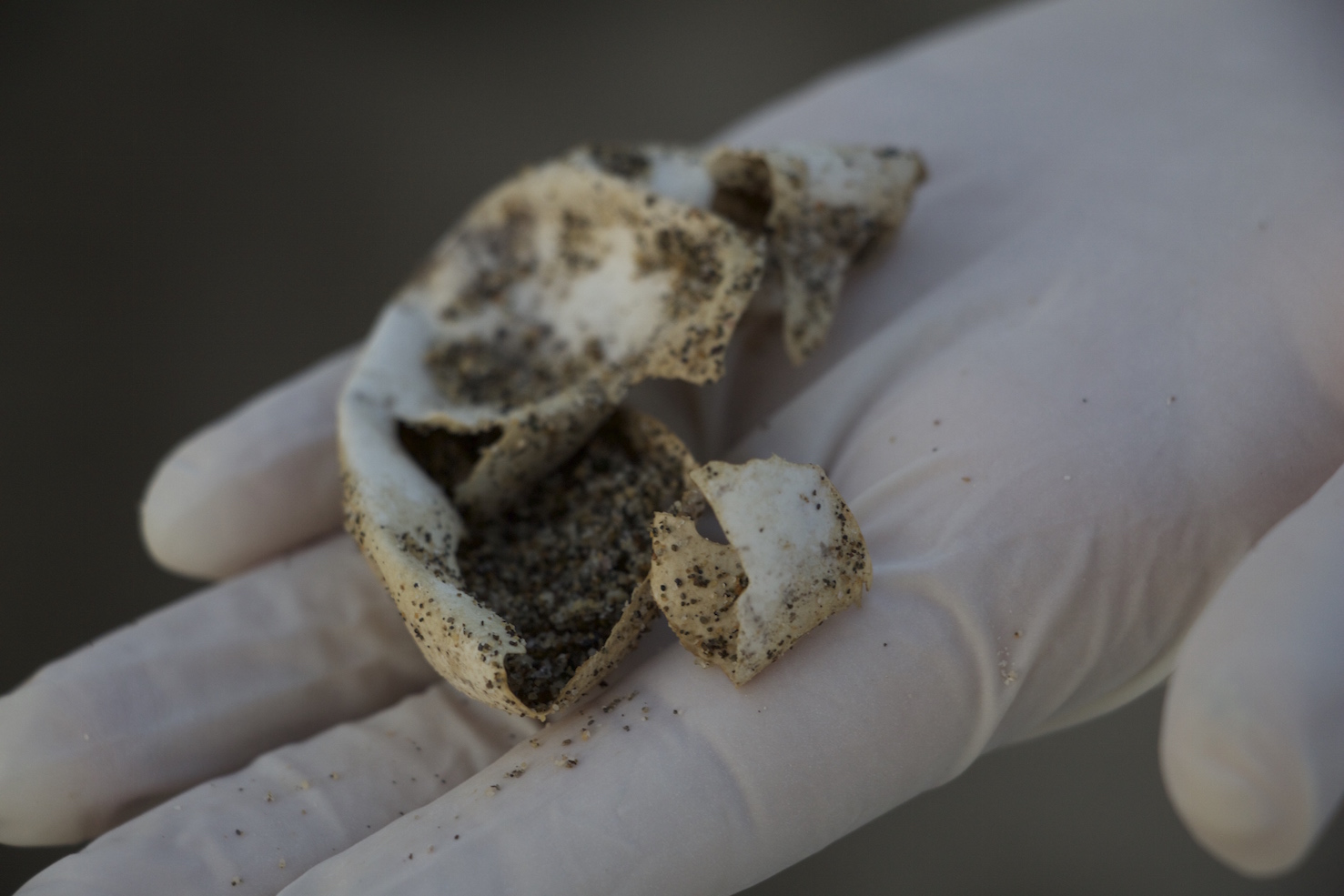 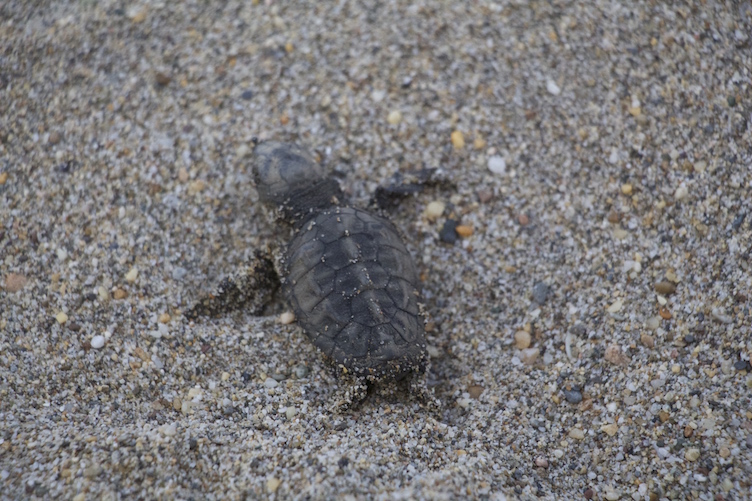 A latecomer from the nest the scientists thought was fully hatched. 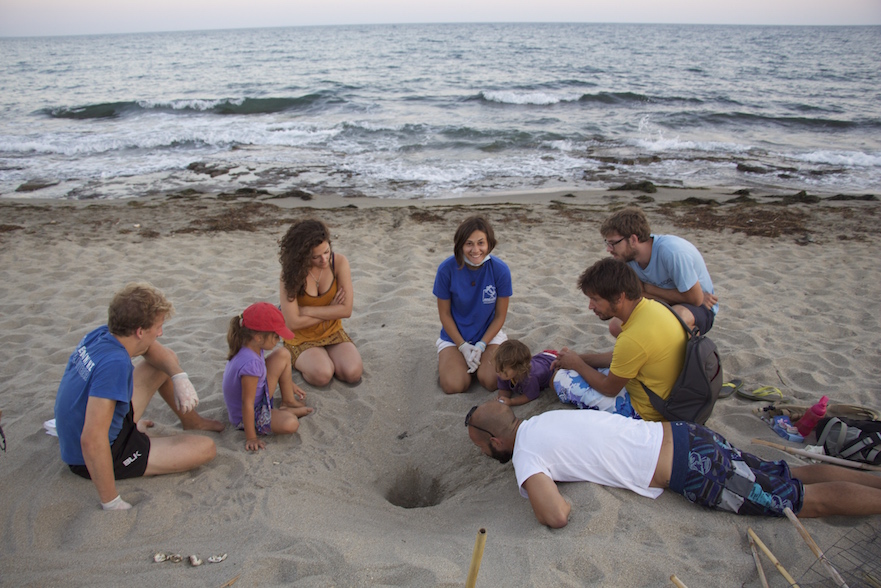 Spectators and fans applauding the sea turtle on its way into the sea. 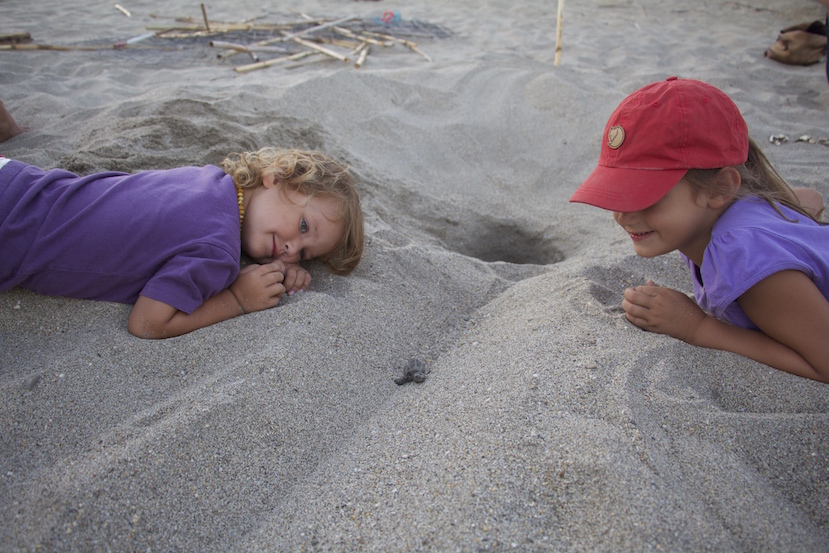 This is what "travel school" is all about: intensive real life experiences that will never be forgotten! Just see the looks on their faces! 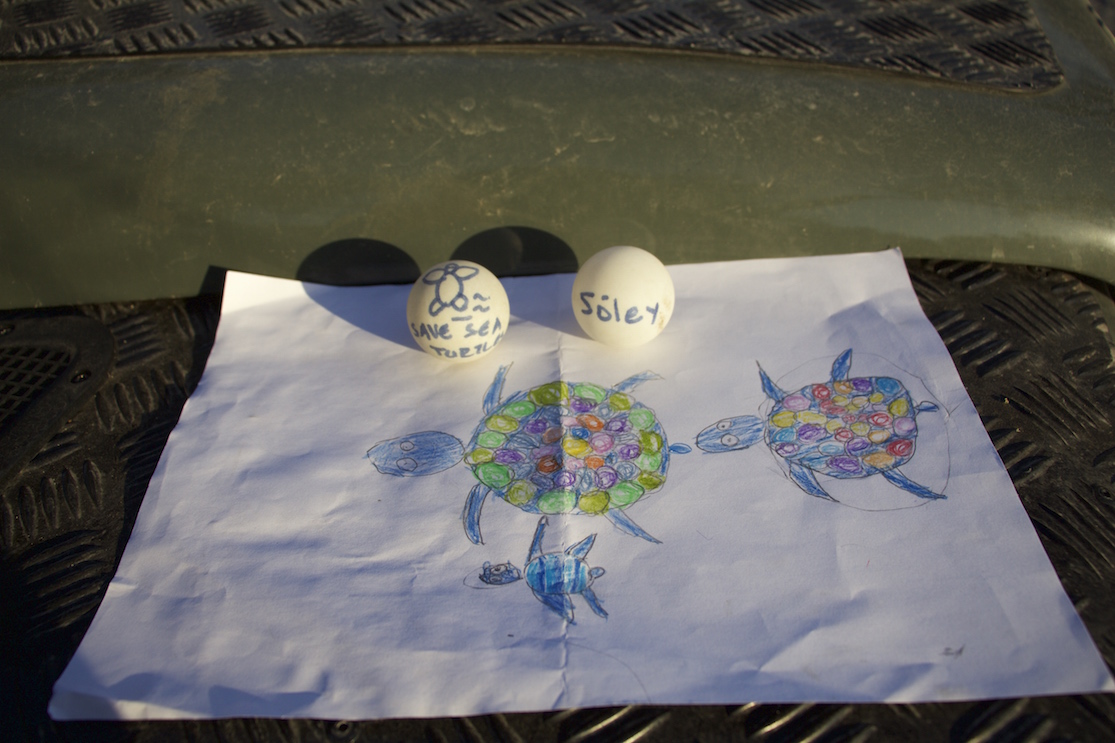 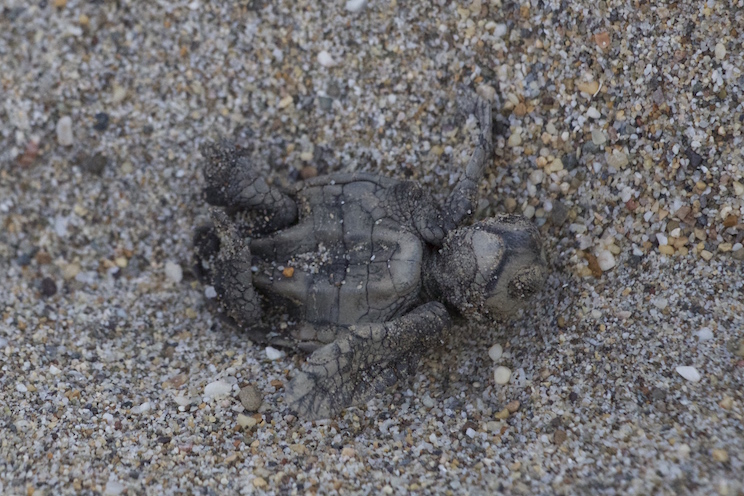 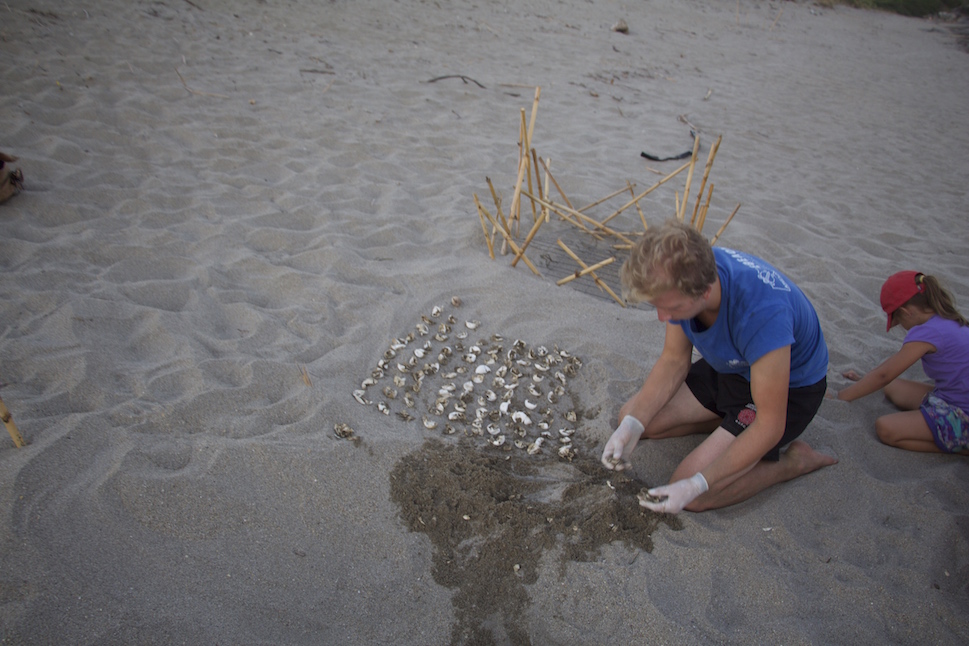 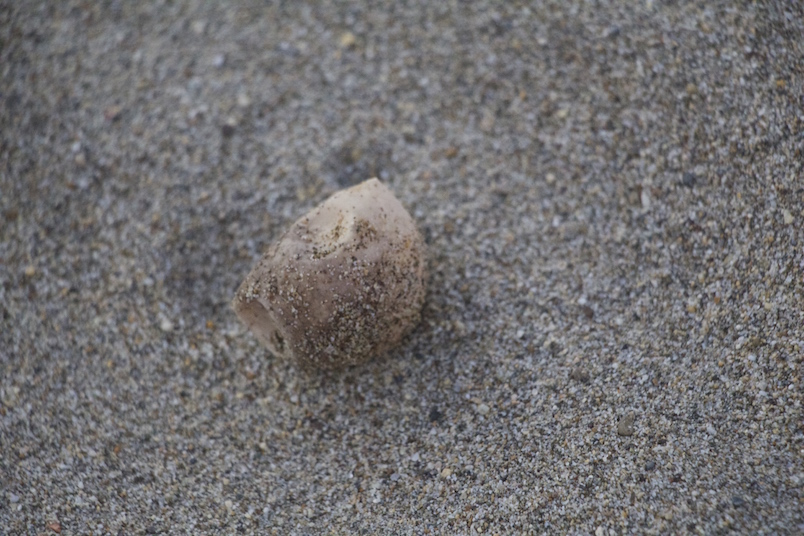 Why is this egg still intact? 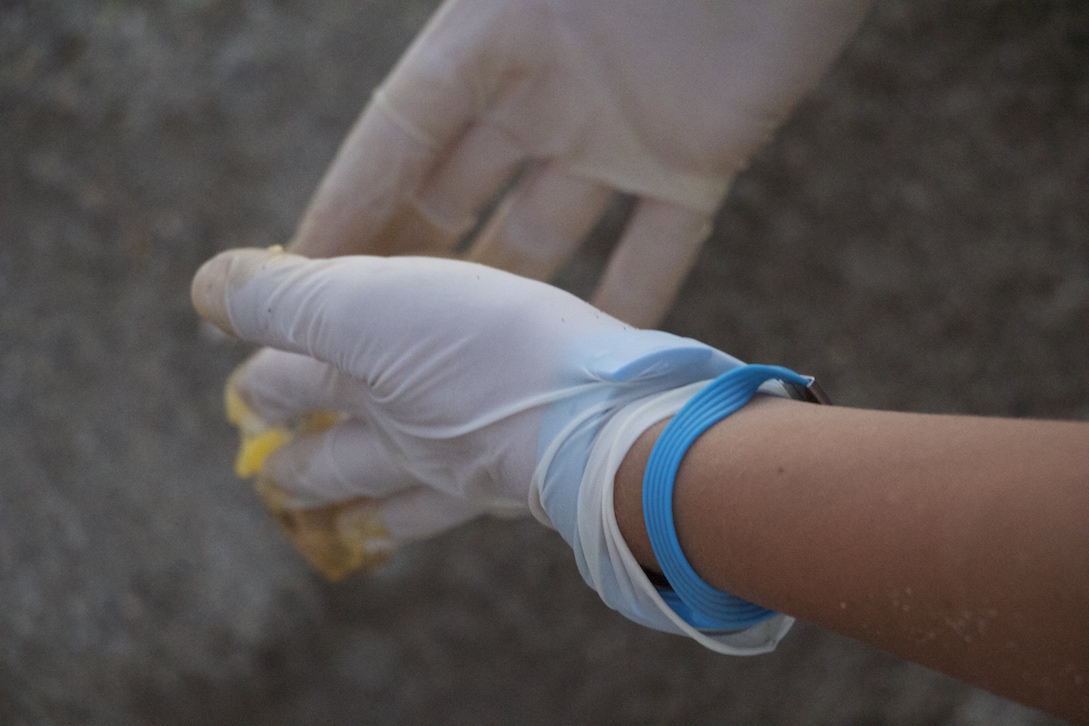 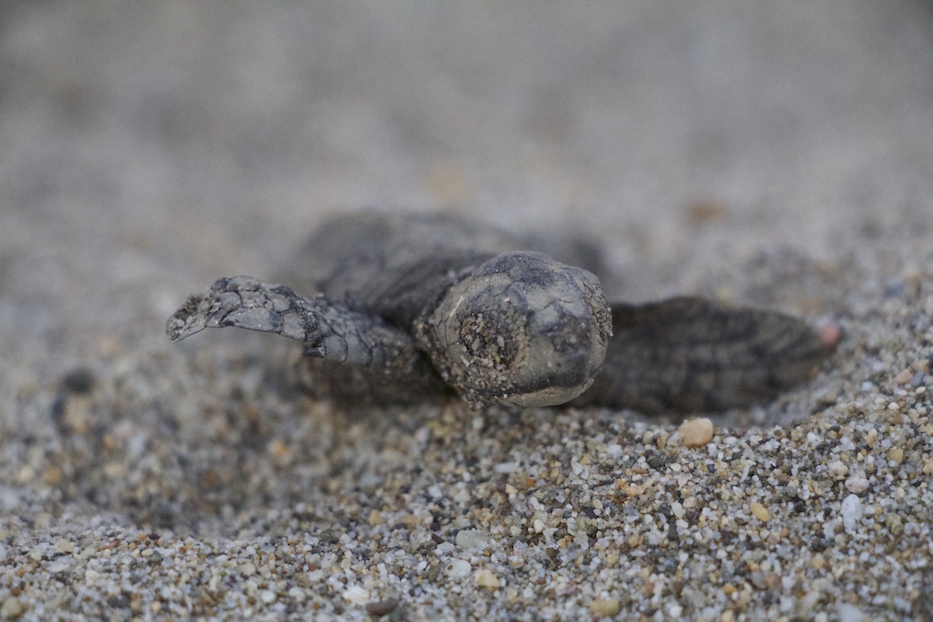