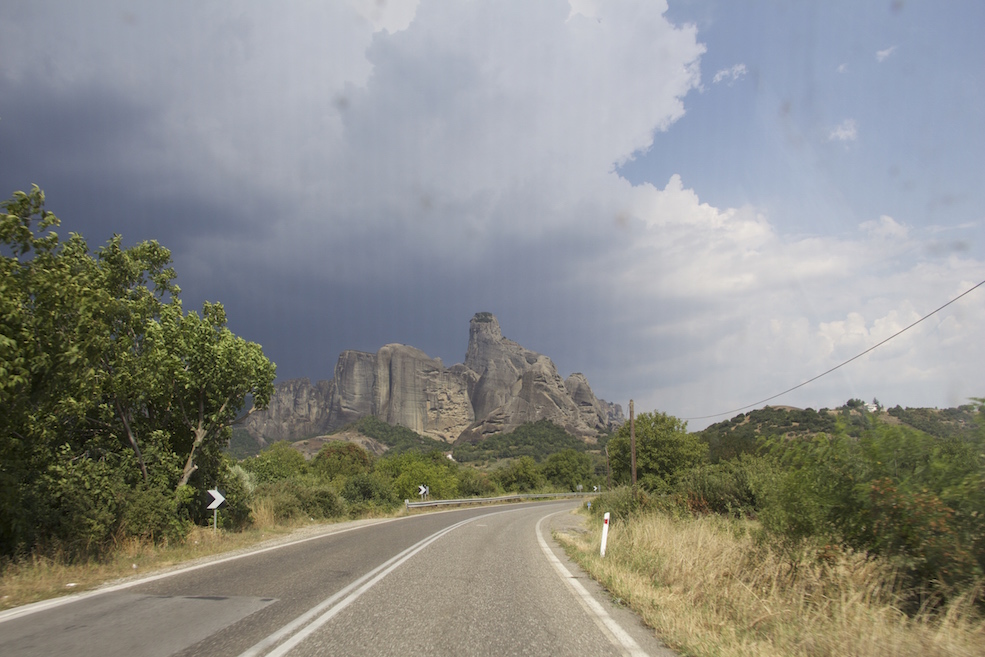 Actually, we don't quite like too touristy sights, but we thought that we could not go to Greece and leave out Meteora.

To be honest: we are totally impressed and this place surely is worth visiting even though it is touristy.

Just like Kata Tjuta (the "Olgas") in Australia, these sandstone rocks suddenly appear to the approaching traveler that it is quite obvious that generations of humans have interpreted this place as somewhat out of earth. The very name "Meteora" which reads "middle of the sky" supports this. Meteora is a very important site for the Greek Orthodox church and I am sure that the monks who started building the monasteries glued to the rock walls before the 11th century were not the first here to worship nature and creation (actually, a cave nearby has been inhabited for the last 50.000 years!).

We went for a four hours walk with the kids and took paths less traveled by omitting the major tourist sights.

In many ways, we feel remembered to Ethiopia and its rock hewn churches and mountain villages situated isolated on the top of the mountains. The sandstone rocks remember Juliane of her home, Saxon Switzerland. 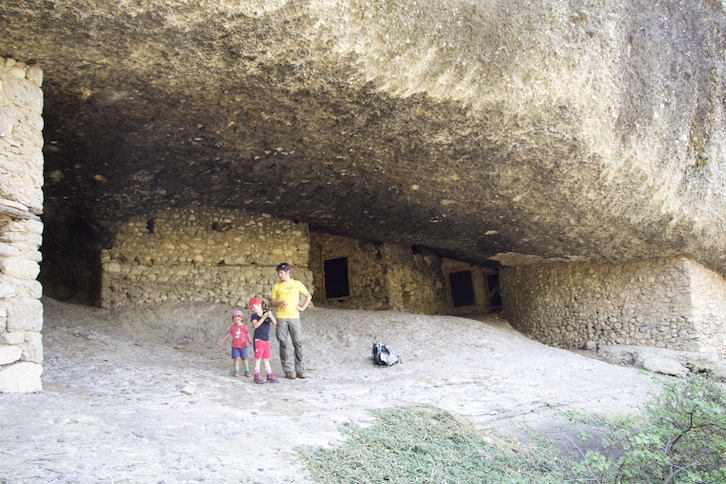 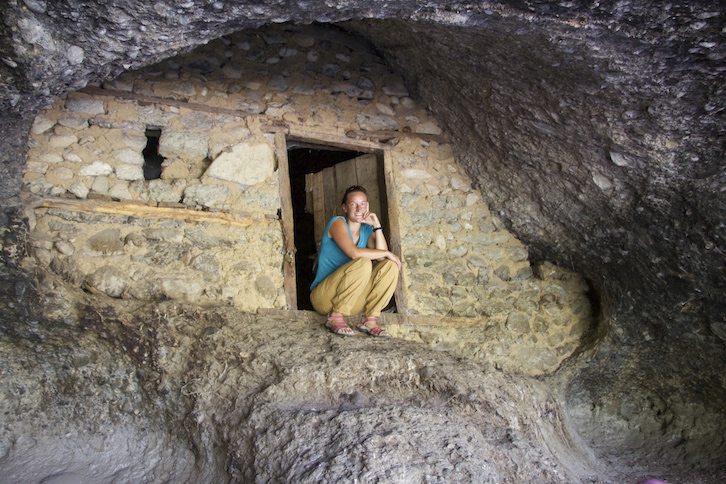 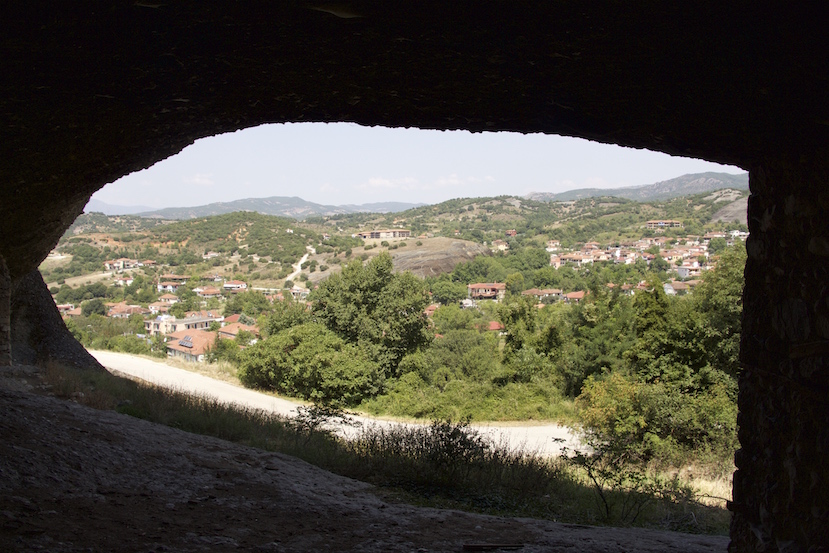 A Room with a View! 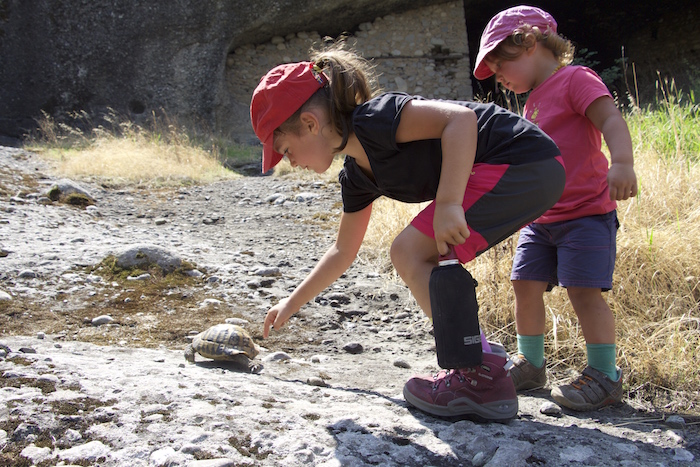 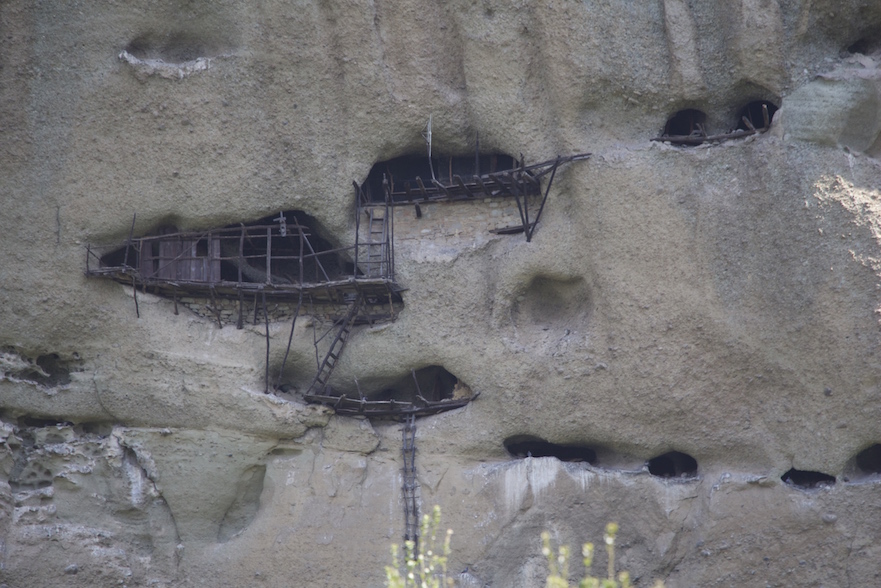 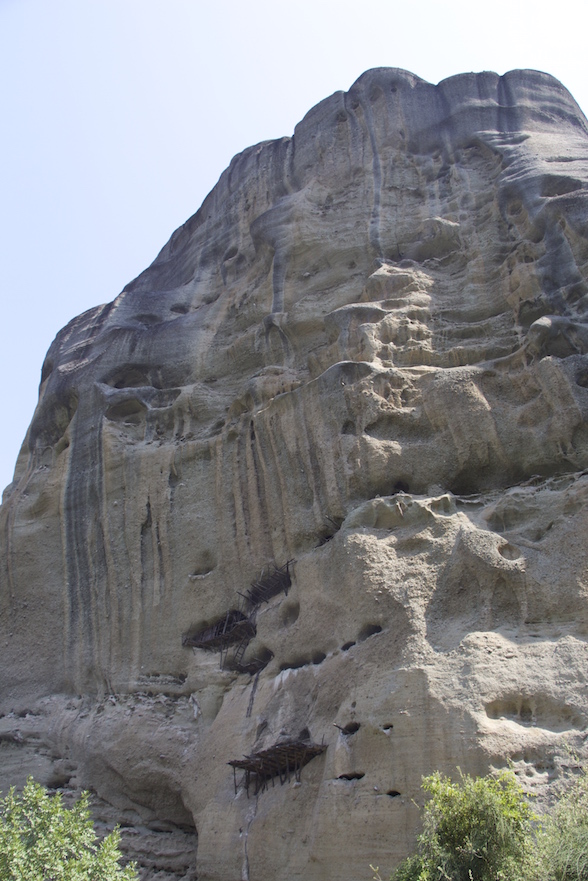 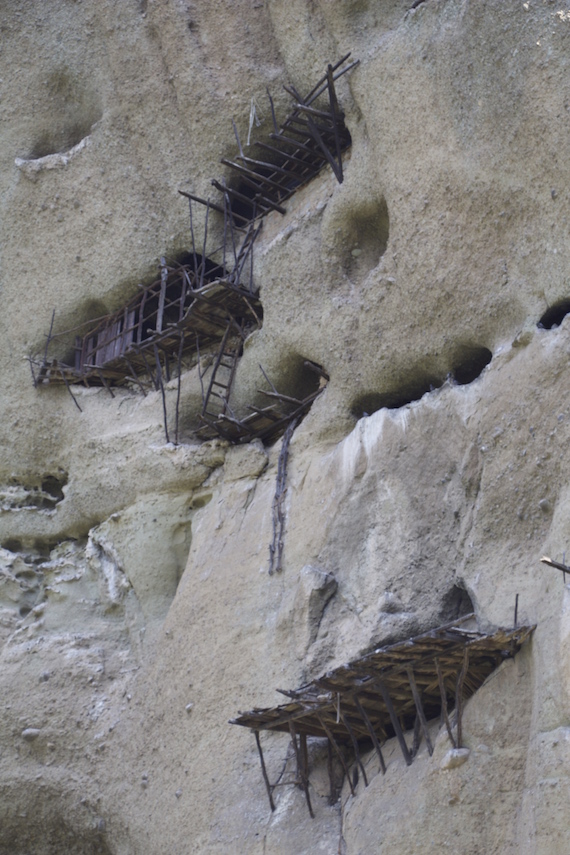 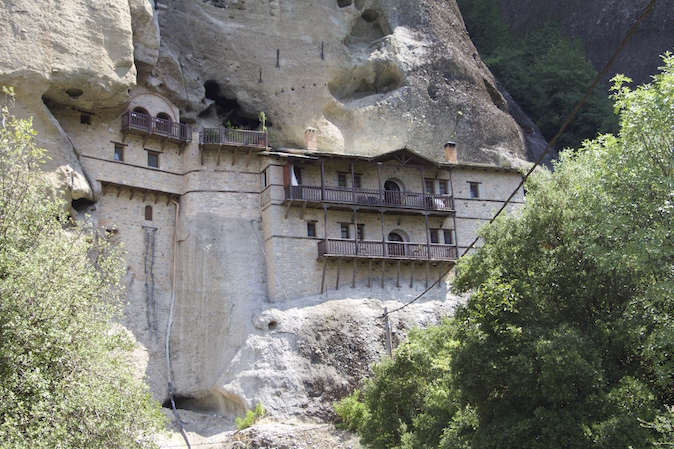 The "new" monastery, inhabited by one (!) monk! 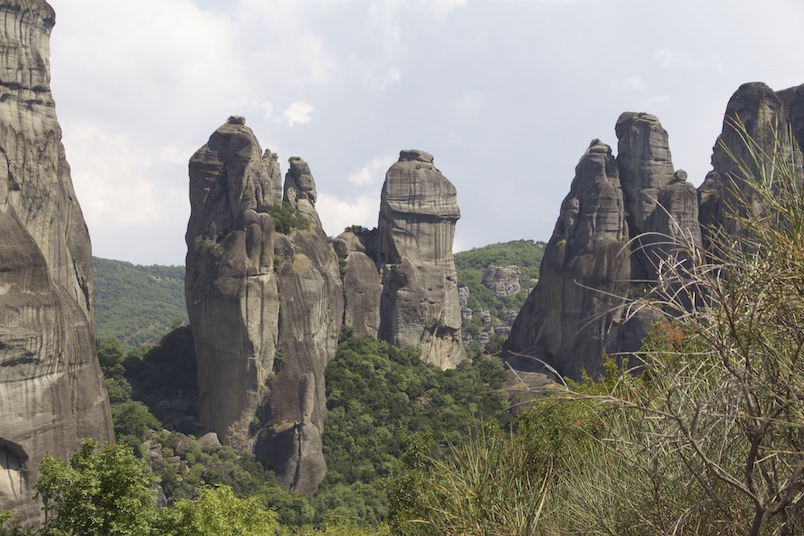 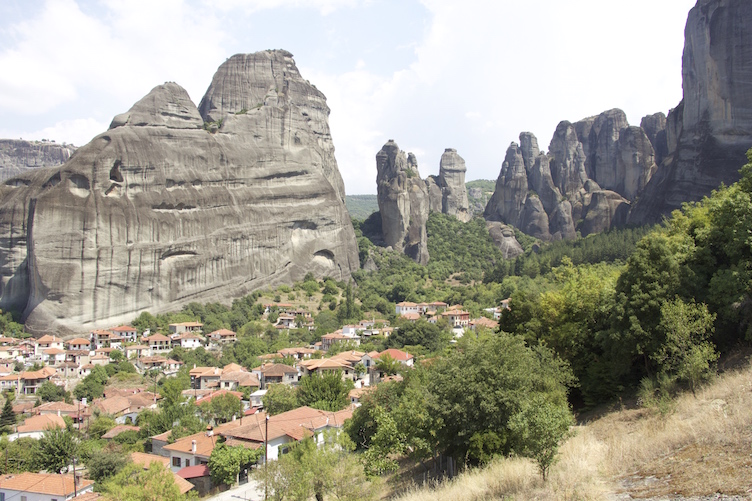 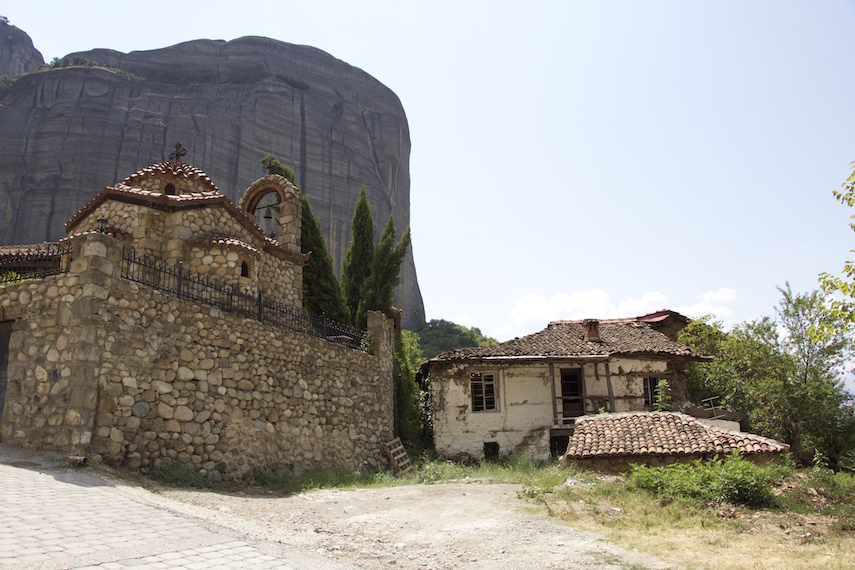 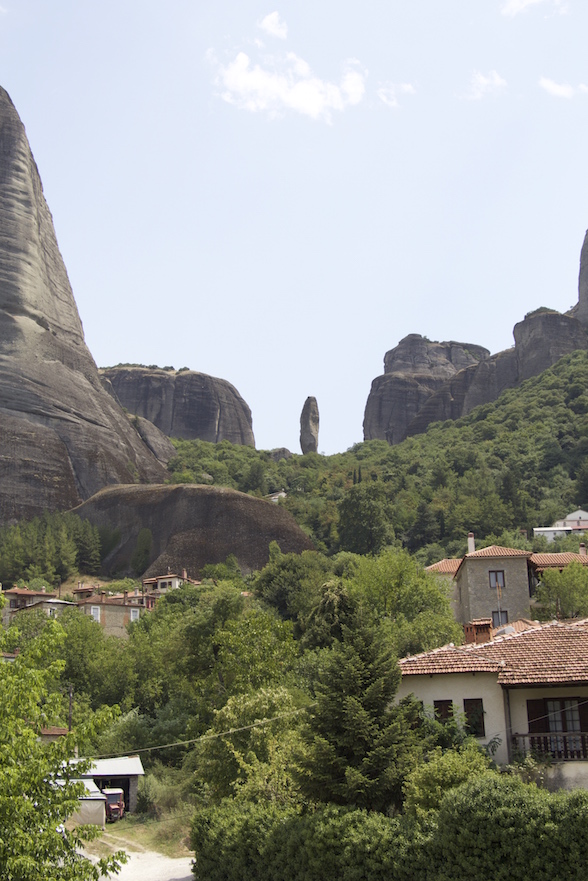 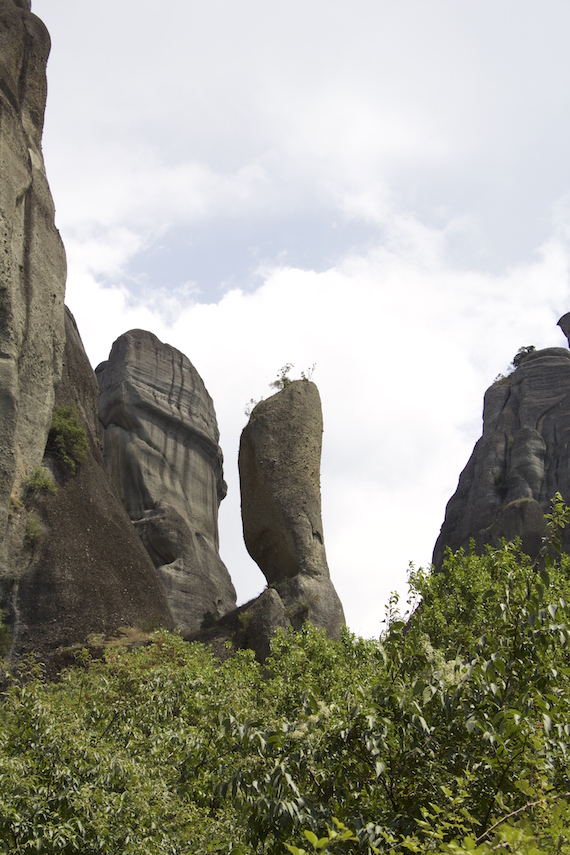 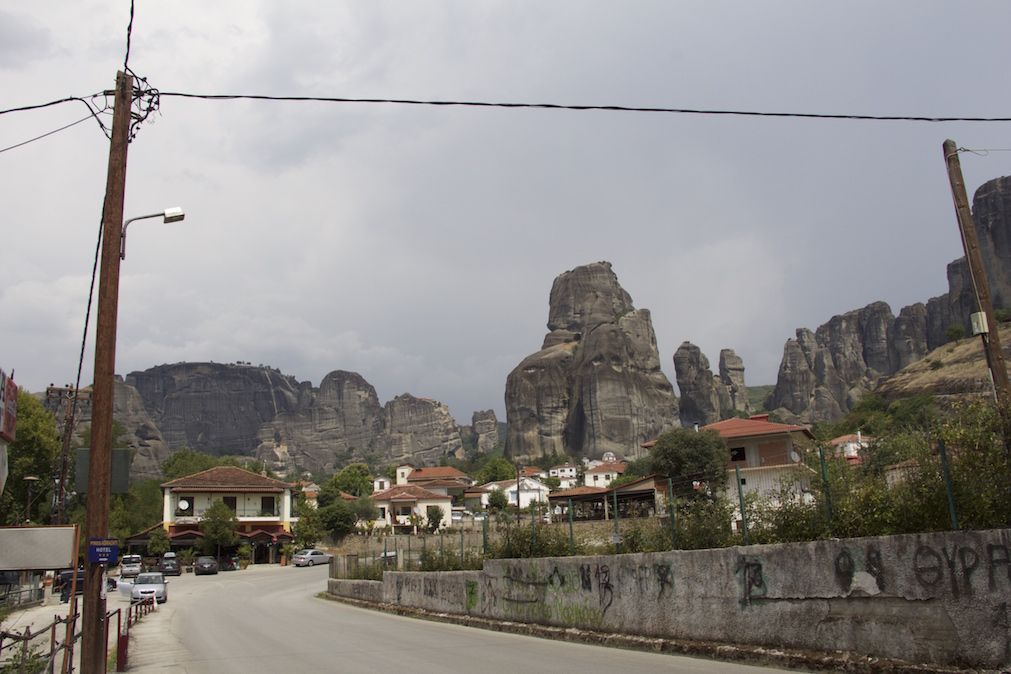 ... one day later, we found out that we only saw the remote area of Meteora ... it does, however, have another side with hundreds of tourists and large coaches parking at the roadsides. Our suggestion: go for a walk through the mountains around Meteora and just pick one or two touristy monasteries - then the spirit of Meteora will not be destroyed by the masses! 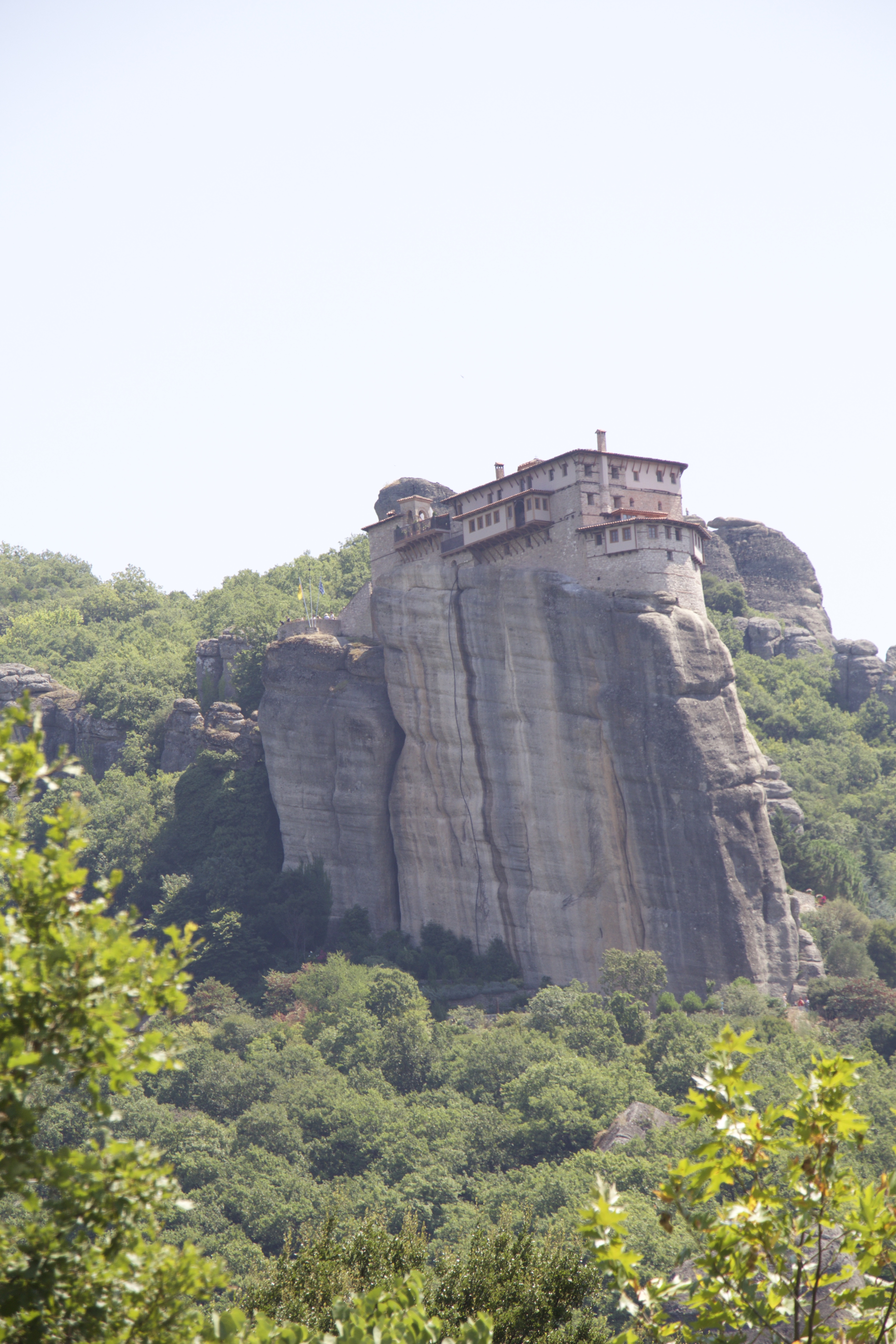 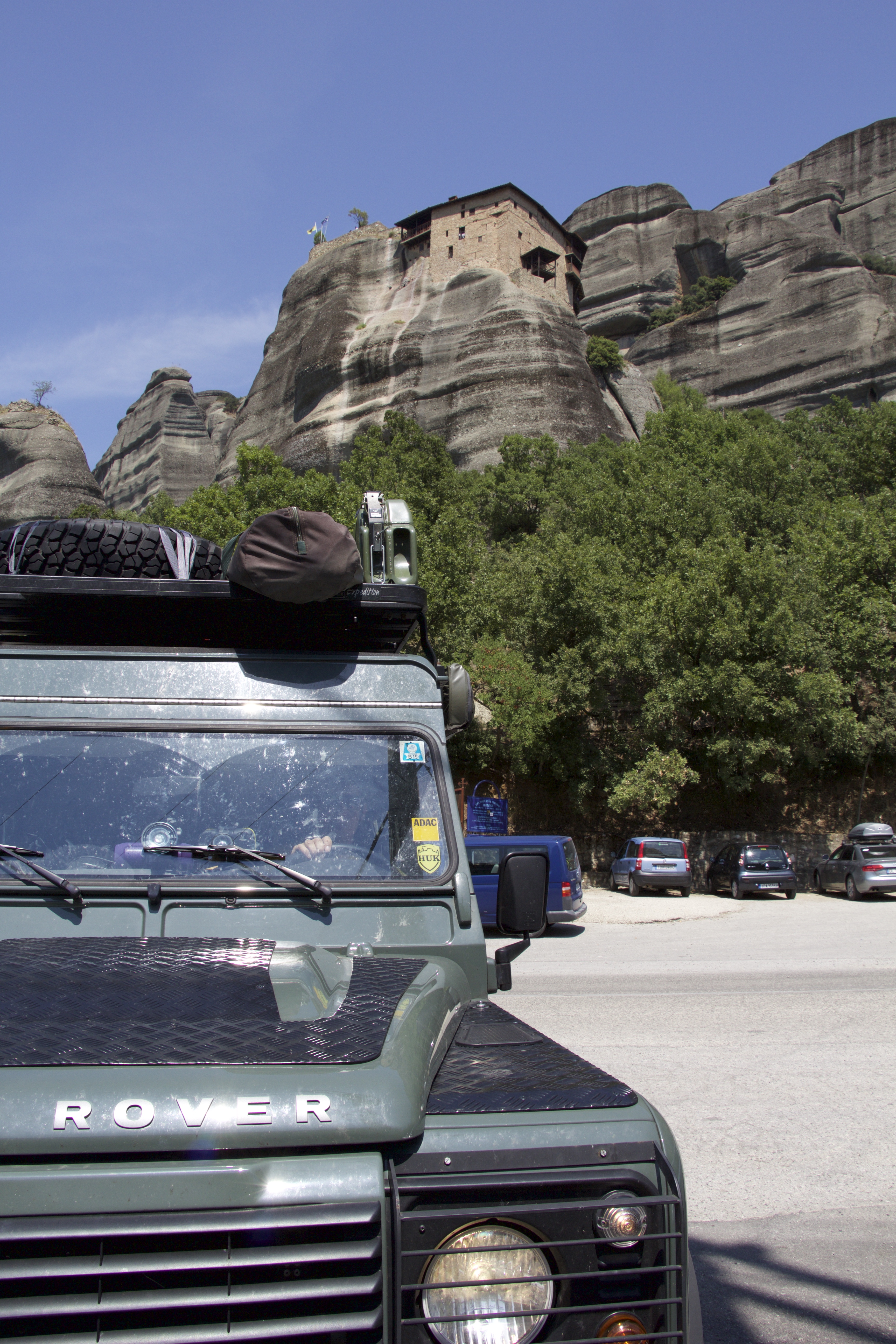 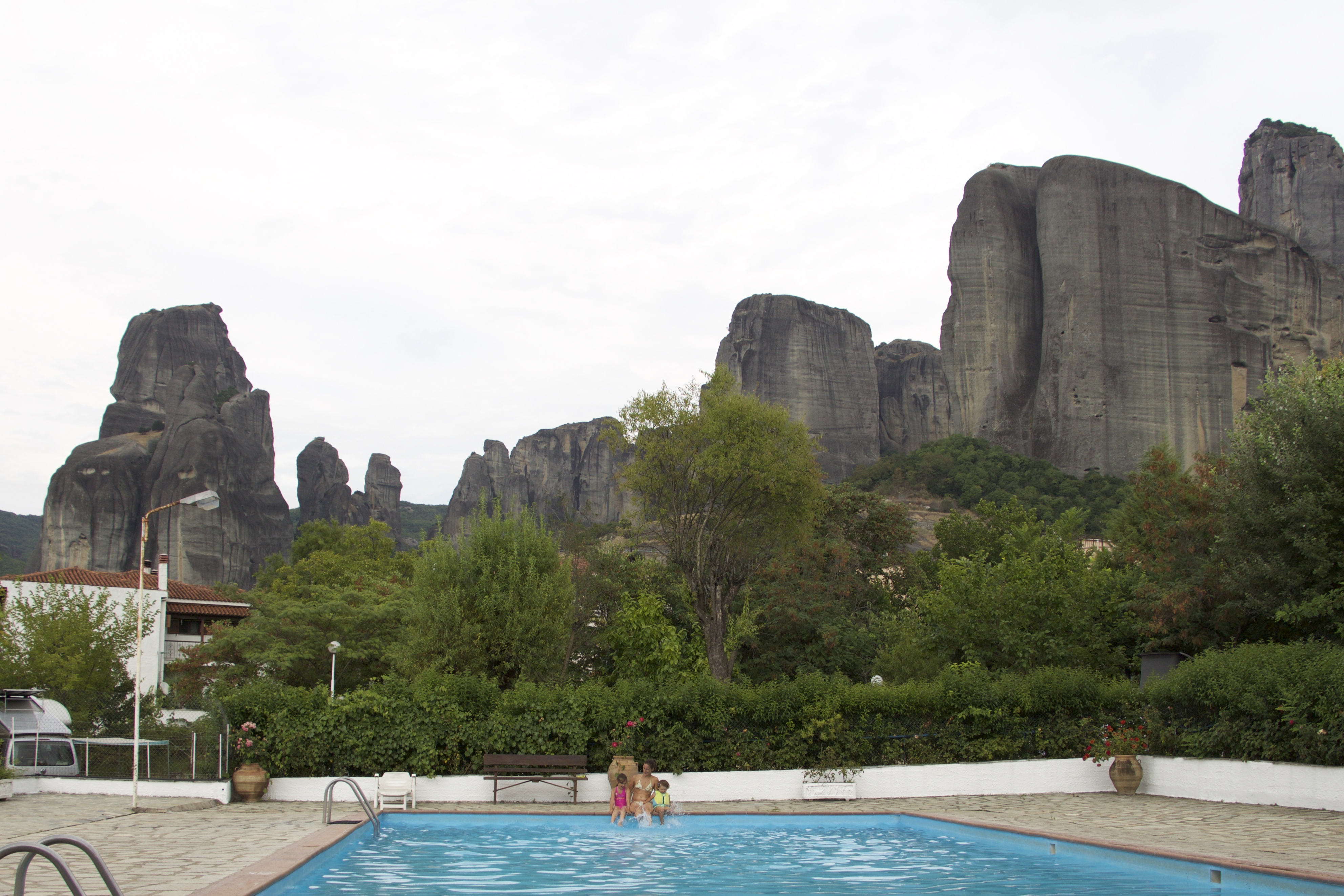 A pool with a view! 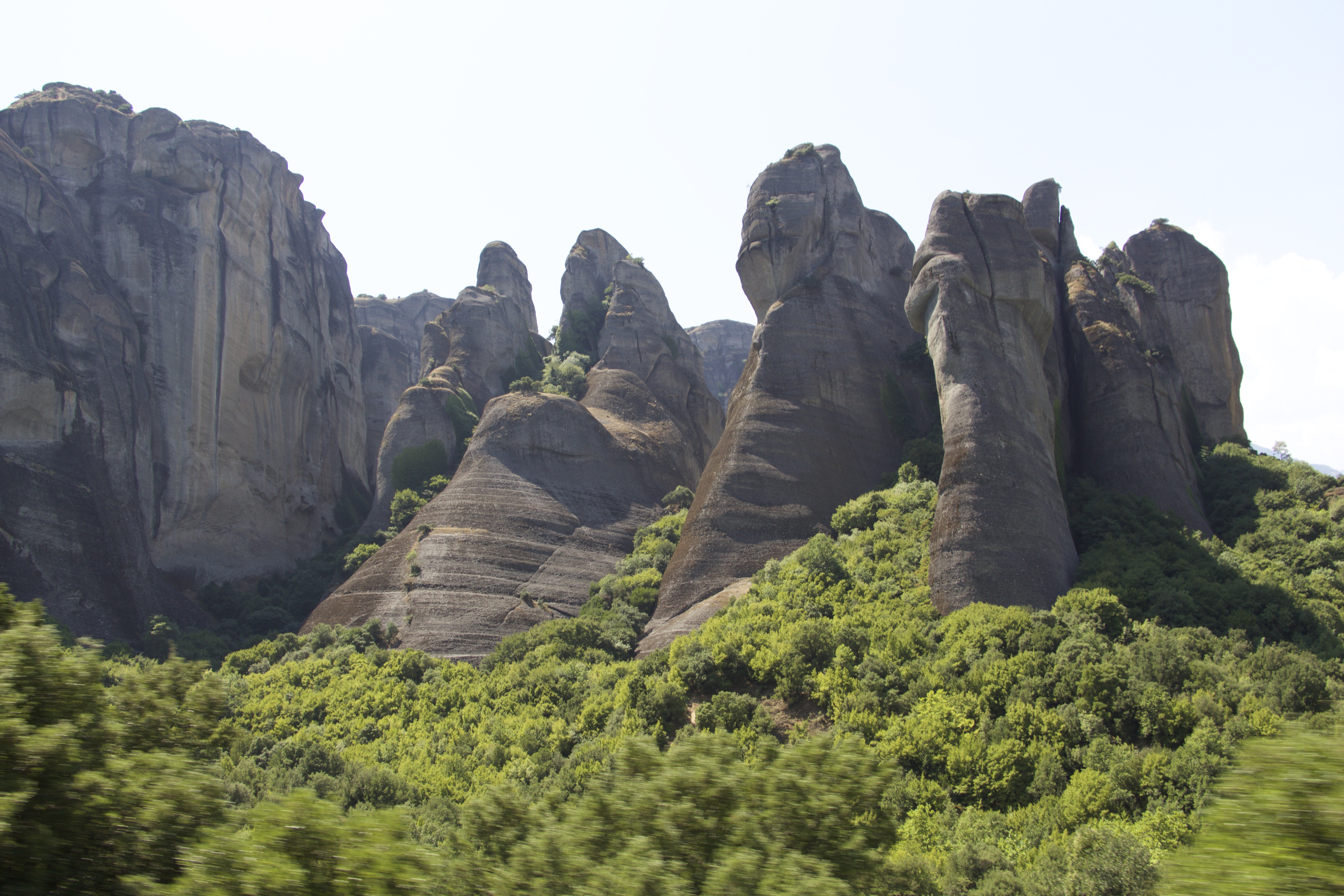 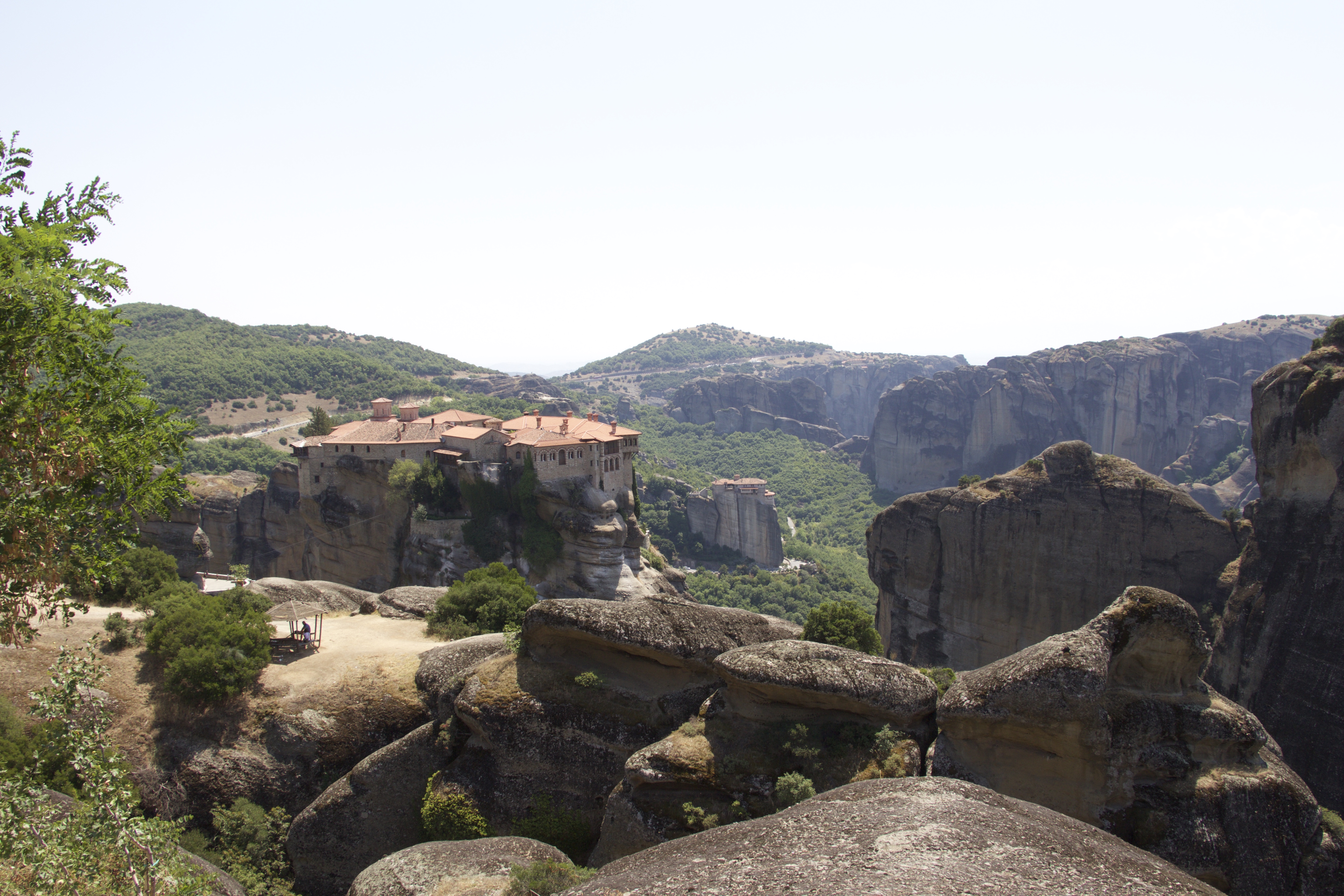